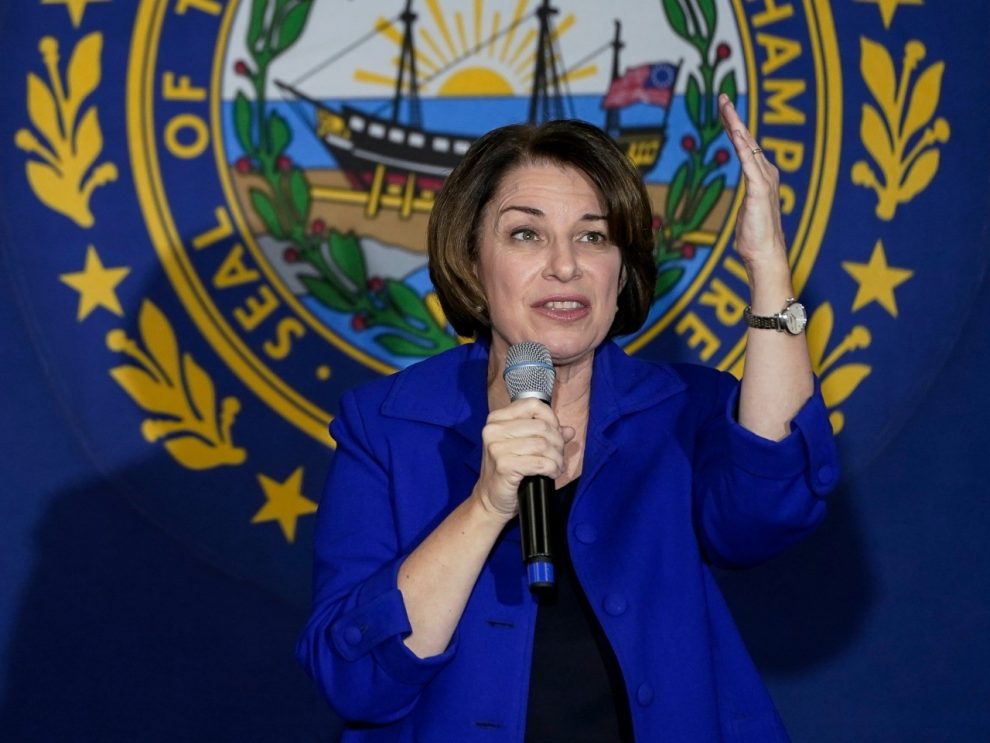 Sen. Amy Klobuchar (D-MN), the driving force behind efforts to secure a handout for Democrat media cronies through the Journalism Competition and Preservation Act (JCPA), appears to have abandoned her last-minute pivot to a “national security” argument for the bill after efforts to attach it to the National Defense Authorization Act (NDAA) failed.

Klobuchar rolled out the national security argument Tuesday amid a massive backlash against plans to attach the JCPA, essentially corporate welfare for media companies, to the defense spending bill. “It is about our own national future and national security,” said Klobuchar.

A day later, the NDAA effort has been abandoned, and the “national security argument along with it. Instead, Klobuchar has gone back to her old talking point about “saving local journalism.”

The Minnesota senator put out this statement earlier today:

“Local journalism is essential to our communities and our democracy, but one third of local papers that existed just twenty years ago will be shuttered by 2025. While the big tech platforms rake in a fortune using news content they don’t pay for, local news is in crisis. Our bipartisan bill gives local news a chance to negotiate on a level playing field for fair compensation for its work. Continually allowing the big tech companies to dominate policy decisions in Washington is no longer a viable option when it comes to news compensation, consumer and privacy rights, or the online marketplace. We must get this done.”

The problem for Klobuchar is that after a year and a half of debate about the JCPA, her old talking points have been repeatedly knocked down, not just by conservatives but also by progressives and media unions.

The picture Klobuchar paints, of struggling local newspapers being the main beneficiaries of this bill, have been repeatedly disproven. Media unions and organizations from across the political spectrum have pointed out that the biggest beneficiaries of the bill are going to be large conglomerates, in many cases owned by the same hedge funds that have bought up local newspapers around the country, only to shutter them or slash their staffing.

Furthermore, as Breitbart News has explained, the JCPA gives a massive advantage to the wealthiest and most powerful conglomerates that own multiple publications.

The bill also allows any news company to join a new cartel within 60 days of the announcement of its formation, meaning national conglomerates that own multiple outlets can dominate any new cartel by flooding it with members. Companies like Hearst, Gannett, Axel Springer SE, and Newscorp — all of which have pushed hard for the bill — would dominate decision-making in cartels, while small companies that do not own multiple news outlets would have virtually no sway.

On top of this, the bill contains multiple provisions that will allow media cartels to keep conservative and independent media out of the insiders’ club, allowing members to exclude other potential members based on virtually any criteria, so long as it is unrelated to the size or “viewpoint” of the publication.

But the “viewpoint” protection is a fig leaf: when conservatives are excluded or censored on social media and in other organizations, the decisionmakers always present the public with a viewpoint-neutral pretext: “disinformation,” “hate speech,” “safety,” and “election integrity” have all been used in recent years.

It is hard to imagine that a media cartel made up of the world’s biggest conglomerates wouldn’t use similar excuses to exclude conservative and independent media.