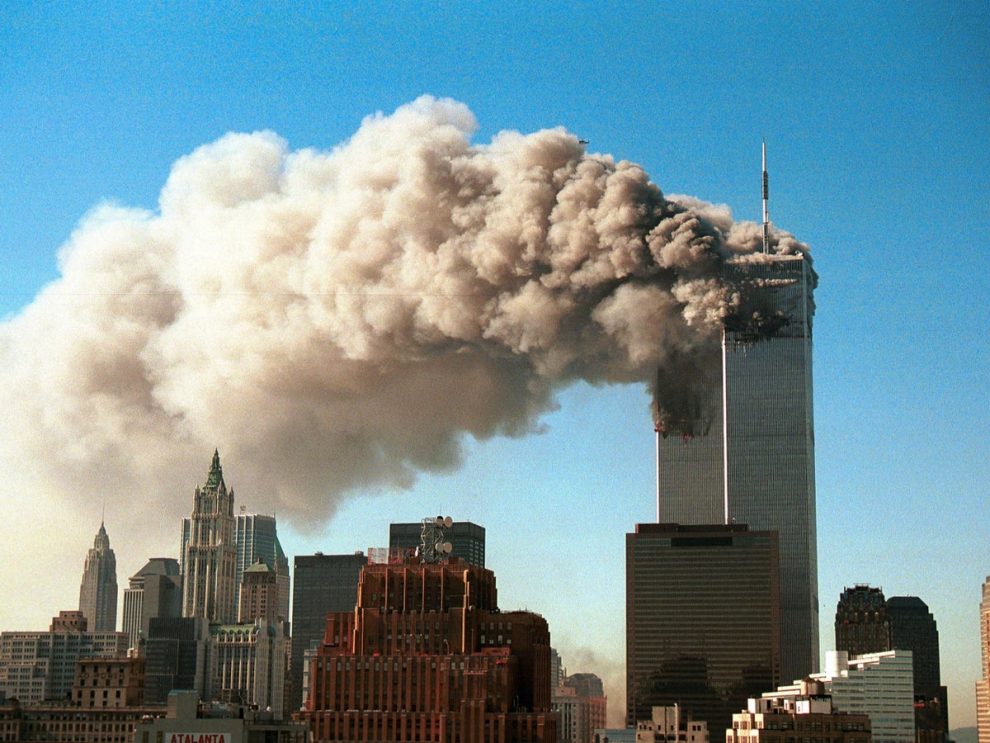 A newly declassified FBI document revealed information about a man with links to the Saudi government who allegedly provided logistical support to the first two 9/11 hijackers to arrive in the U.S.

According to The Hill, the heavily redacted 16-page report is the first to be made public after President Joe Biden issued an executive order declassifying some 9/11 documents.

Families of victims who are suing Saudi Arabia say the documents could substantiate a link between the attacks and Saudi government officials.

The document, which was declassified on Saturday, deals with a 2015 FBI interview with a Saudi man applying for U.S. citizenship.

The man, whose name was redacted from the report, had previous contact with Omar al-Bayoumi, a government-linked Saudi individual who was purportedly a student in California.

Al-Bayoumi had helped the first two hijackers who arrived in the U.S., Nawaf al-Hazmi and Khalid al-Mihdhar, find an apartment in San Diego, according to Fox News. Al-Bayoumi claimed the three had had a “chance encounter” at a restaurant which led to the arrangement.

However, he had also provided assistance in the form of translation, financing, lodging and travel planning — and there was additional evidence linking him to al-Qaida.

“The report said that a month before the hijackers arrived, Bayoumi checked into a hotel in Culver City, Calif., along with a man whose phone numbers were connected to a spiritual adviser to a Bin Laden lieutenant,” The Hill reported. “Those two men reportedly had associations with the Saudi Consulate in Los Angeles.”

The man being interviewed for U.S. citizenship also had connections at the consulate.

In June, a two-page declaration was signed by a former American Airlines pilot who had flown American Flight 77 — the flight that, on Sept. 11, 2001, was hijacked and flown into the Pentagon.

The pilot, Robert M. Brown, was quizzed by the FBI about a drawing of a plane found in a notebook after a British raid on al-Bayoumi’s home.

The drawing included a mathematical equation that Brown said was “used to calculate the height of an aircraft necessary to see a target from two distances, specifically 50 and 70 miles from the target.”

He said the “the equation, together with airspeed, could be used to provide a rough but sufficient means to calculate the rate of descent for an aircraft to fly towards the target.

“I shared with the FBI my opinion that there was a reasonable basis to believe that the drawing and equation were used as part of the preparations of the al Qaeda terrorists to carry out the 9/11 Attacks.”

The new document is the first to be declassified after Biden’s executive order, which came after the families suing the Saudi government called on him to stay away from 9/11 anniversary memorials.

“When I ran for president, I made a commitment to ensuring transparency regarding the declassification of documents on the September 11, 2001 terrorist attacks on America,” Biden said in a Sept. 3 statement. “As we approach the 20th anniversary of that tragic day, I am honoring that commitment.

“Today, I signed an executive order directing the Department of Justice and other relevant agencies to oversee a declassification review of documents related to the Federal Bureau of Investigation’s September 11th investigations. The executive order requires the Attorney General to release the declassified documents publicly over the next six months.”

This came less than a month after an Aug. 9 Department of Justice filing seeking to look at those documents again — something Biden supported in a statement.

“As I promised during my campaign, my Administration is committed to ensuring the maximum degree of transparency under the law, and to adhering to the rigorous guidance issued during the Obama-Biden Administration on the invocation of the state secrets privilege,” Biden said.

“In this vein, I welcome the Department of Justice’s filing today, which commits to conducting a fresh review of documents where the government has previously asserted privileges, and to doing so as quickly as possible.”

On this account, however, the president was more or less caving.

It came in the wake of an August statement from about 1,800 individuals — not just family members of the victims, but survivors and first responders, as well — telling the president he wasn’t welcome at memorial ceremonies until the information was declassified.

“We cannot in good faith, and with veneration to those lost, sick, and injured, welcome the president to our hallowed grounds until he fulfills his commitment,” the group said.

“Twenty years later, there is simply no reason — unmerited claims of ‘national security’ or otherwise — to keep this information secret.”