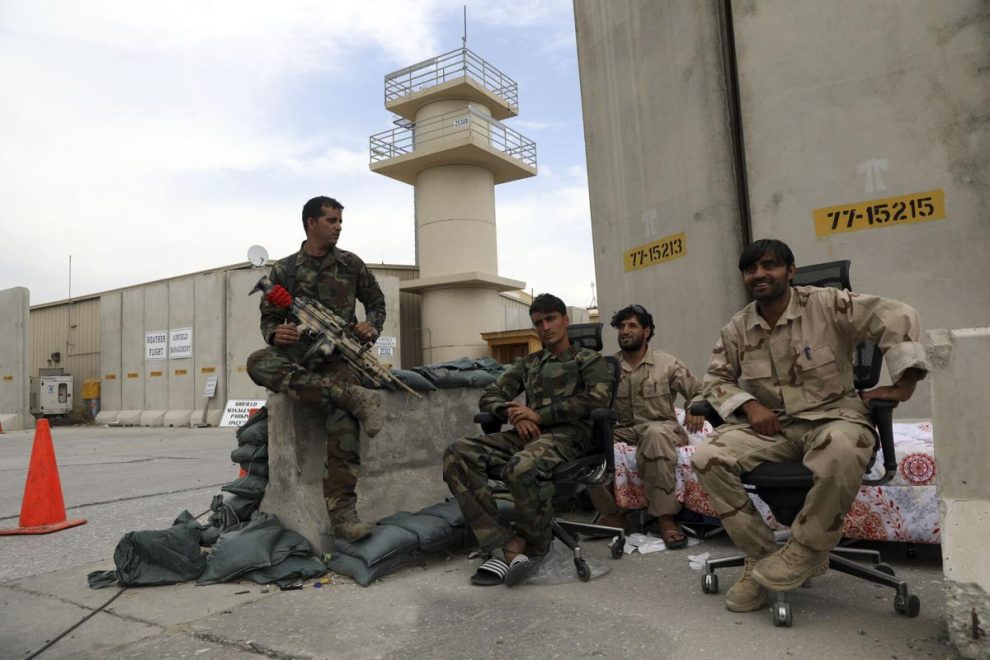 “We [heard] some rumor that the Americans had left Bagram … and finally by seven o’clock in the morning, we understood that it was confirmed that they had already left Bagram,” Gen. Mir Asadullah Kohistani, Bagram’s new commander, said Monday, according to The Associated Press.

The report said the U.S. military left behind about 3.5 million items, according to Kohistani, including tens of thousands of bottles of water, energy drinks and military ready-made meals.

The U.S. also left behind thousands of civilian vehicles, without keys, and hundreds of armored vehicles.

According to the BBC, Bagram also includes a prison, and up to 5,000 Taliban prisoners were left in the facility.

The departure marks the end of nearly 20 years of military presence at the location following 9/11.

South Carolina Republican Sen. Lindsey Graham has been an outspoken opponent of the U.S. departing Afghanistan.

He tweeted on Saturday, “A deterioration in Afghanistan is a threat to our homeland and could become a stain on our honor.”

A commitment by the US to maintain air support could turn things around.

President Biden has consistently misjudged the war on terror and shown an unwillingness to change his mind.

President Joe Biden announced in April that all American troops will be withdrawn from Afghanistan by Sept. 11, The Washington Post reported.

American intelligence analysts and senior U.S. military officials said Afghanistan’s government and its capital, Kabul, could fall between six and 12 months after American forces depart, according to The Wall Street Journal.

Other officials made an even more dire prediction that the government’s collapse could come as soon as three months after the U.S. removes its troops.

American intelligence agencies previously had been more optimistic about the move, but hopes dwindled after the Taliban seized dozens of districts and cities in northern Afghanistan last week.

“Had we not begun to draw down, violence would have increased against us as well,” she said Wednesday, referring to American troops in the region.

“So the status quo, in our view, was not an option.”