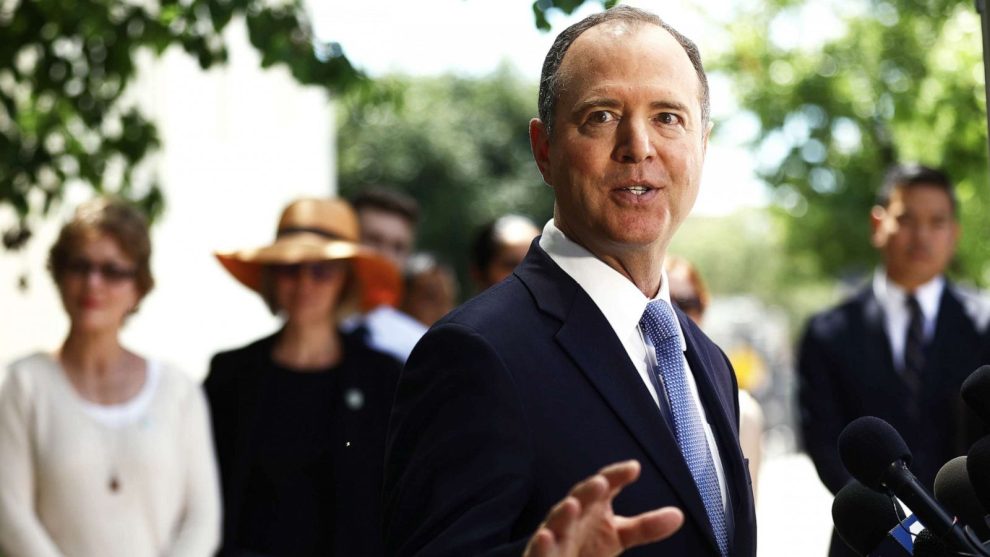 Schiff said, “I can say say that any of the players who were involved in the bogus litigation involve in discussions at the White House whether voting machines ought to be seized or what the authority was or the declaration or martial law, you know, we want to bring them all in. Obviously, I think Mr. Giuliani is a person who will have a great deal of relevant information.”

Discussing the upcoming hearing of the House investigation into the Capitol riot, Schiff said, “It will be presented in the context that there were multiple lines of effort involving multiple levels at the government to overturn the election. Some involved the production of bogus certificates of an elector. Some involved decapitating the Justice Department, some of them involved going to courtrooms around the country and making claims they knew were false. Some involved getting Kevin McCarthy to try to get House Republicans to vote to overturn the election without a basis. And others involved the pressure campaign of the vice president. So we want to, in this series of hearings, layout these multiple lines of effort. January 6th was the violent culmination of these efforts, but there were many of them, and I think as Judge Carter in California illustrated, in some of these lines of effort, there is ample evidence of criminality, including criminality of the former president.”

See also  Biden's Formulagate Has a Third World Hellhole Feel to It
→ What are your thoughts? ←
Scroll down to leave a comment: