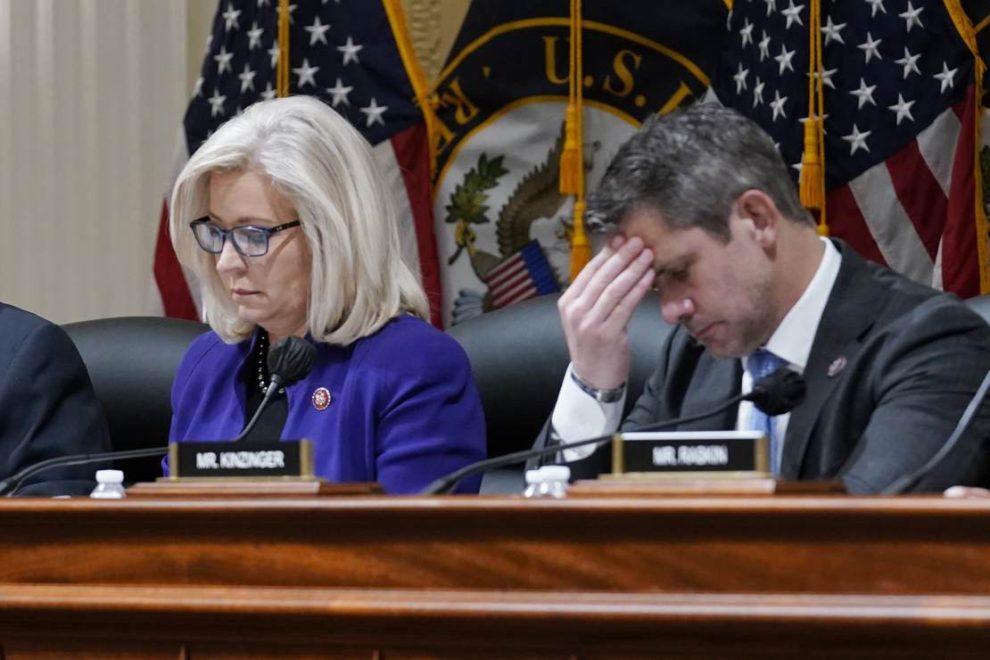 Adam Kinzinger is probably going to wake up on Sunday morning with a massive hangover because he spent all of Saturday night appearing to drunk-tweet his way into total embarrassment.

Kinzinger, who is primarily known for crying at House committee hearings, beclowning himself on cable news, and having the Ukrainian flag ahead of the American flag in his Twitter handle, decided to take a shot at pro-lifers. Things just went downhill from there, and when I say downhill, I mean he strapped on skates and dove off Pikes Peak.

We’ll just start from the beginning.

Here is what’s amazing. In Ukraine they appreciate life, in Russia Putin gives you a car (lada) for your son. But he won’t spend time appreciating your sacrifice. Keep this in mind “pro-lifers” https://t.co/BsyQG85QPb

Things get far worse, but even with this first entry, Kinzinger does his best to make no sense at all. Polls consistently show that the majority of Republicans support sending military aid to Ukraine. That’s even more true regarding Republican elected officials. Even then, the vast majority of people who want more accountability in regard to the money being spent are not “pro-Russian.” The subset of those on the right who actively support Vladimir Putin is tiny and irrelevant.

Besides, last I checked, Kinzinger, while claiming to be “pro-life,” sure has little to nothing to say about the issue to his Democrat friends. In fact, he’s locked arms and allied with people who support abortion up to birth without even a hint of criticism. So yeah, none of us will be taking lessons on being pro-life from him.

Regardless, I said it gets worse, and I’m going to deliver. The ball really got rolling after Dan McLaughlin (a former RedState contributor) asked Kinzinger what the heck he was talking about.

I’m pro life. But you all defend Putin for some reason https://t.co/5Z7uE71vQU

McLaughlin’s question is more than fair. What does Putin using conscripts have to do with being pro-life in the United States? The obvious answer is nothing, but Kinzinger, being a man obsessed, must try to tie everything he doesn’t like to his political enemies. It’s a sign of mental weakness from a man who can’t otherwise articulate a comprehensible argument.

That leads to Kinzinger’s response, where he uses the phrase “you all” to accuse pro-life Americans of defending Vladimir Putin. McLaughlin is staunchly pro-Ukraine and has been for as long as I’ve known him. Again, though, the inability to form a coherent argument is the point. Kinzinger is legitimately an idiot, and he’s also a guy who has gotten way too high on his own supply. He can’t fathom that someone might agree with him on Ukraine yet still find his attacks nonsensical so he lashes out like he’s starring in Mean Girls.

At about that point, the replies challenging Kinzinger’s ridiculous assertion started pouring in. Of course, he then decided to push more chips into the middle because he’s incapable of self-reflection and any admission of failure.

Hey @baseballcrank was looking through your twitter feed for an anti Russian tweet in this 1938 moment, didn’t find one in recent time… Curious when the last one was given the many Ukrainians who gave their lives for freedom…Anti anti trump guy…

It shouldn’t surprise anyone that this clown can’t even get his historical analogies right, nor that the only one who can ever come up with is to compare everything to Nazi Germany. Here’s a hint for the esteemed congressman: It’s not a 1938 moment if Russia has already invaded. Given Putin’s recent troubles after his initial advance, it’s more like a 1943 moment on the Eastern Front.

But I digress, the point here is that Kinzinger is just wrong about everything.

Adam Kinzinger is attacking @baseballcrank for being

Literally one day before.

Kinzinger will probably end up deleting this too. https://t.co/pHFaG2W0KD pic.twitter.com/CQjZGaYIdz

Thoroughly defeated, Kinzinger finally moved to do what all too-online reply guys do: He searched for one of McLaughlin’s followers who doesn’t like Ukraine.

Bro you're unhinged, are you prepared to send your children to die for a corrupt nation over some land? Instead of voting to prolong a useless war you should be pounding the table to broker peace, but the MSNBC might go back to hating you(which they still do FYI)

As someone with a relatively small Twitter account compared to other political commentators (about 25,000 followers), the idea that I or anyone else is responsible for what random people post on the internet is not only insane, it’s downright fascist. Perhaps Kinzinger should look in the mirror as he proclaims a 1938 moment while sitting on a scam committee seeking to punish people for free speech. I’m just saying.

So what’s this really all about? When you boil it down, Kinzinger is both unhinged and an opportunist. His political career is over after his Democrat friends redistricted him out of Congress. In fact, one might even suspect his shift in the last several years was specifically meant to avoid that fate, but here we are. He’s got to have somewhere to go, right?

And that somewhere is a contributor gig over at MSNBC. Kinzinger is dancing for nickels. That’s the story behind all his most recent rantings. It’s not any more complicated than that.