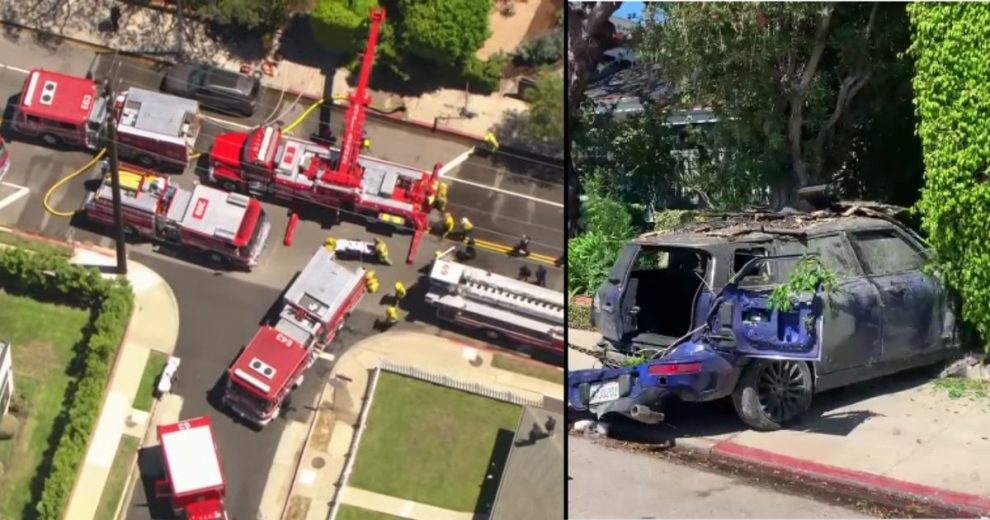 Actress Anne Heche was in critical condition after a car accident on Friday in which she drove into a house, igniting a fire.

“Anne is in the ICU, she’s lucky to be alive. She has severe burns and has a long recovery ahead. Her team and her family are still trying to process what led up to the crash,” a source told CNN.

Her car was traveling at a high rate of speed at the time, Jeff Lee of the Los Angeles Police Department said.

EXCLUSIVE: Video shows the vehicle owned by actress Anne Heche speeding down a Mar Vista street moments before crashing into a home and sparking a fire. The story on @CBSLA 5pm. pic.twitter.com/1H93z5aVx7

Both the car and the home reportedly became engulfed in flames.

Deadline reported that journalist Stu Mandell, who observed the wreck from the air, commented, “If there’s somebody alive in there this is going to be a miracle.”

Witness Roy Morgen said Heche’s car rammed into a room that was occupied by a woman, according to CBS News.

No other injuries were reported.

Here’s the now mangled vehicle owned by actress Anne Heche being towed away after speeding and crashing into a Mar Vista home and sparking a fire. @CBSLA pic.twitter.com/rRSqnM1YDt

TMZ reported that the incident began when Heche’s blue Mini Cooper slammed into a garage at an apartment complex.

“Residents of the apartment complex tried getting Anne out of the vehicle but she put the car in reverse and then sped off,” the outlet reported.

The second accident followed soon after the first one, according to TMZ.

Heche is known for her roles in movies such as “Donnie Brasco” and “Six Days Seven Nights.” She once dated Ellen Degeneres.