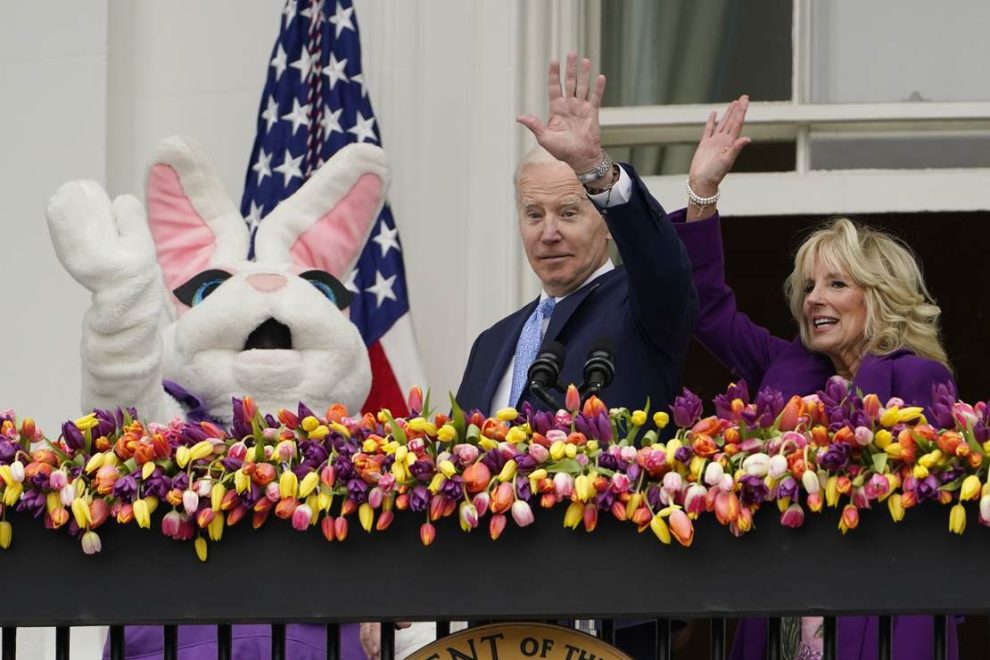 Over the last several days, a deluge of insider stories dropped about the inner workings of the White House. Needless to say, none of them have painted a positive picture.

On Wednesday, news of infighting between Joe Biden and his staff broke, leaving the obvious question of who is actually in charge. One complaint revolved around the president’s handlers constantly coming behind him to change his statements. Another centered on Biden being so ill-informed about the various, mostly self-inflicted crises that have plagued his tenure.

Now, another report via CNN is offering more details about just how chaotic things are. With the White House adrift, the backstabbing has commenced.

That’s in between pointing fingers at each other for whose fault it is. They have the same internal meetings over and over, insisting that they need to change up their whole approach to how they’re using Biden – and then each time watch as nothing changes.

Older aides dismiss the younger aides as being too caught up in the tweet-by-tweet thinking they say lost the 2020 election for everyone else. Younger aides give up – what’s the point of working up innovative ideas, they ask themselves, if the ideas constantly get knocked down and the aides get looked down on for suggesting them?

The division between the younger and older staffers is notable. Biden has long surrounded himself with a squad of yes men, including current Chief of Staff Ron Klain, that have always told him what he wants to hear. Over the decades, they’ve grown incredibly controlling as well. Those who joined the administration to fill out its ranks have found themselves constantly being shot down, while the older generation of Biden apparatchiks plods ahead doing things the way they’ve always done them.

That’s not to say that the younger staffers are right in their strategic suggestions. Sometimes, there is no right answer because the president is an addled, senile man who is clearly incapable of fulfilling the duties of his office. Are more social media hits going to help Biden’s approval? Of course not, and color me skeptical that there’s some magic elixir of messaging and image crafting that will fix what ails the administration.

Regardless, the divisions run deep, and nothing in CNN’s write-up on the situation should lead anyone to believe there’s light at the end of the tunnel.

They’ll say he’s answering reporters’ questions whenever he’s asked, while nixing interview requests to avoid the hours of prep and possible clean-up. They’ll acknowledge that Biden himself feels shut off enough that he’s quietly had a half-dozen sessions with favored writers since the fall, like last month’s lunch with the New York Times’ Tom Friedman, in which the columnist shared his own impressions of Biden’s off-the-record thoughts, with only the tuna sandwich, fruit bowl and milkshake approved for publication.

In a January memo, White House chief of staff Ron Klain offered a compromise plan, to have Biden do one town hall each month to at least grab some unscripted moments and media exposure. That got sucked into the maw of blaming and dysfunction like so much else: Some aides embraced the idea for at least shaking things up a little, some mocked it for being an outdated idea, some complained that the logistics of making that happen would be impossibly time consuming.

In the end, not a single town hall was scheduled. A White House aide said Wednesday that now more town halls are expected in the near future.

Klain’s idea to do town halls is not surprising, given how politically inept he is. The last thing that will help Biden is propping him up for an hour a month on cable news–having him repeat the same tired talking points–while delivering nothing but negative results for the American people. Again, I tend to look past the disagreement among his staffers being described here, coming to the conclusion that the president himself is the problem.

That’s made obvious by the mention that they won’t let him do interviews for fear of having to do hours of “clean-up.” When the man in charge can’t even be trusted to sit down with friendly media, it should be obvious how much trouble the administration is.

Still, I’d frame all of these insider reports as mostly deflections. Take this paragraph as an example.

At the center is a president still trying to calibrate himself to the office. The country is pulling itself apart, pandemic infections keep coming, inflation keeps rising, a new crisis on top of new crisis arrives daily and Biden can’t see a way to address that while also being the looser, happier, more sympathetic, lovingly Onion-parody inspiring, aviator-wearing, vanilla chip cone-licking guy – an image that was the core of why he got elected in the first place.

“He has to speak to very serious things,” explained one White House aide, “and you can’t do that getting ice cream.”

Yes, the chaos is real. Yes, Biden has serious staffing issues. Yet, the biggest problem remains the man sitting on the set of his fake Oval Office. This isn’t a messaging problem. It’s not bad luck. Rather, Biden is just a horrible, arrogant leader who can’t get out of his own way. Thinking that slapping aviators on him and having him eat ice cream is going to change public perception is delusional.

On the other hand, putting him on national TV with his serious face on isn’t going to do anything either. Because again, Biden himself is the problem. Even the best strategy in the world can’t take a mouse and turn it into a lion.