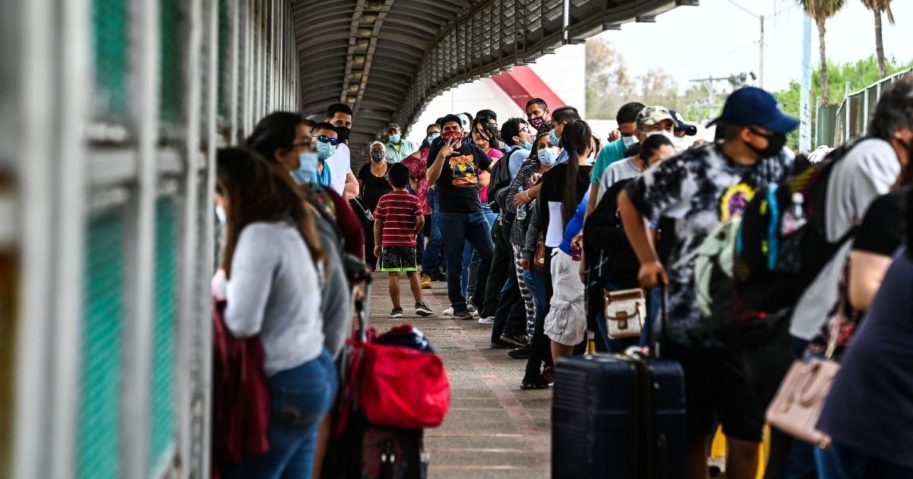 Our virtually open border that created an illegal immigration crisis almost the moment Joe Biden assumed office? Yeah, the GOP did that. That’s the big crazy on today’s Insanity Wrap — an entire week’s worth of lefty nuttiness wrapped up in one easy-to-swallow medicated news capsule.

Blue aquatic CGI cat creatures are people of color, too.
Joe Biden announces, you know, the thing that he won’t be announcing.
The joke is on TV comedy’s diversity hires.
Before we get to today’s big story, here’s a short video to make you lose whatever little faith you might still have in humanity.

Apparently people are using emoji pronouns like “🐶” in place of words

This is the content kids are consuming on TikTok pic.twitter.com/XUHlqoWFDw

I made it nine seconds in before quitting.

And I didn’t just hit pause — I closed the browser tab. I would have taken off and nuked it from orbit, had the need arisen.

How long did you make it?

ABC's Martha Raddatz: "You talk about open borders, I don't think I've ever heard President Biden say, we have an open border come on over, but people I have heard people say it are you, former President Trump, Ron DeSantis, that message reverberates in Mexico and beyond…" pic.twitter.com/kORhsTMSko

There’s nerve, there’s gall, there’s chutzpah, and then there’s whatever the hell this is from ABC News’ Martha Raddatz.

You know, the illegals that Presidentish Joe Biden basically laid out the welcome mat for, even before he was sworn into office.

“You talk about open borders,” Raddatz said to Abbott. “I don’t think I’ve ever heard President Biden say, we have an open border come on over, but people I have heard people say it are you, former President Trump, Ron DeSantis, that message reverberates in Mexico and beyond.”

“So they do get the message that it is an open border and smugglers use all those kinds of statements.”

Illegal aliens, drug smugglers, and human sex traffickers use the open border to cross the open border. If the border were closed, it wouldn’t matter what Trump, Abbott, or DeSantis said, because illegals/smugglers/traffickers would be turned back at the closed border.

That’s what “closed border” means. That’s what we don’t have under Biden.

Raddatz knows all this. She’s counting on her viewers accepting the spin, regardless.