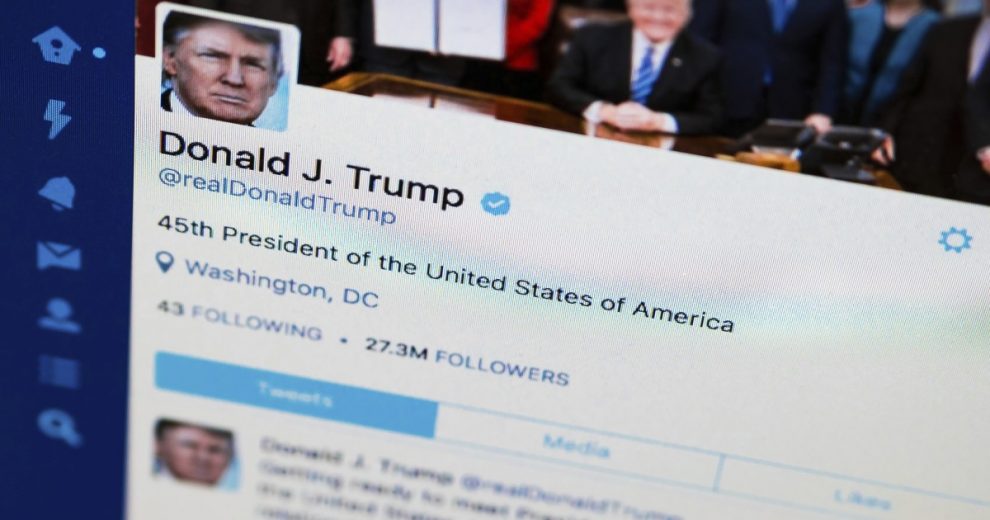 If you think only one political group in the United States is susceptible to the proliferation of political propaganda on social media, you are sorely mistaken.

Though it is true online disinformation campaigns have found a comfortable home in “MAGA” Land, the anti-Trump resistance is at least as gullible and ready to believe the worst of its enemies, as a single Twitter user demonstrated this weekend.

A person named Mark Elliott tweeted a C-SPAN video on April 5 with a caption that read, “[President Trump] on people asking for asylum ‘These aren’t people. These are animals.’”

I have learned that Trump's comments were in response to a specific question about MS-13 members and not about asylum seekers more broadly. I have chosen to delete the tweet, but am copying it here. My apologies for not being more accurate. pic.twitter.com/oDTdNvzSdq

The video included in the tweet showed Trump saying:

We have people coming into the country or trying to come in, we’re stopping a lot of them, but we’re taking people out of the country. You wouldn’t believe how bad these people are. These aren’t people. These are animals.

But everything about Elliott’s tweet is a lie, from its central claim right down to the implication that the video is from a recent White House event. First, Trump said no such thing about asylum seekers. He was speaking specifically about members of the brutal, barbaric Salvadoran gang MS-13, which is known for hacking its enemies to death with machetes. And the video is not even from this year. It is from 2018, back when the press first misreported that Trump had called immigrants “animals.”

None of this stopped Elliott’s tweet from going viral this weekend. More than 15,000 social media users have shared his “asylum” claim directly. Then, there are the those who have shared or commented on his tweet on their individual social media pages, including politically active celebrities, members of Congress, reporters at national newsrooms, and 2020 Democratic presidential candidates.

Between Sens. Kirsten Gillibrand, D-N.Y., South Bend Mayor Pete Buttigieg, disgraced former news anchor Dan Rather, and outspoken supermodel Chrissy Teigen, more than 80,000 people “learned” this weekend that the president may or may not have called asylum seekers “animals.” That number does not count the 15,000 who have retweeted Elliott’s tweet.

One amazing aspect of this story is just how willing allegedly thorough newsmen were to believe the supposed context provided by some guy named Mark Elliott. Few who commented on his tweet appear to have asked, “Is this really the context in which these remarks were made? Did the president really say this?” Mark Elliott’s say-so was apparently good enough for everybody.

And many of the people angrily commenting on it seem to have forgotten entirely that we had this exact same fight one year ago about these exact same comments pulled from this exact same White House video. Do they really not remember any of this?

So, there you have it: A person you have never heard of managed somehow to get mainstream reporters, celebrities with millions of followers, members of Congress, and presidential candidates to share a lie based on a year-old video that most of them had already seen. The fact that a single, intentionally dishonest tweet sparked a viral debate this weekend over comments that have already been litigated should scare you.

At this rate, the Russians and Chinese don’t even have to put in any effort sowing discord and distrust in the U.S. with targeted disinformation campaigns. Just put everyone on Twitter, and it’s all done for them.