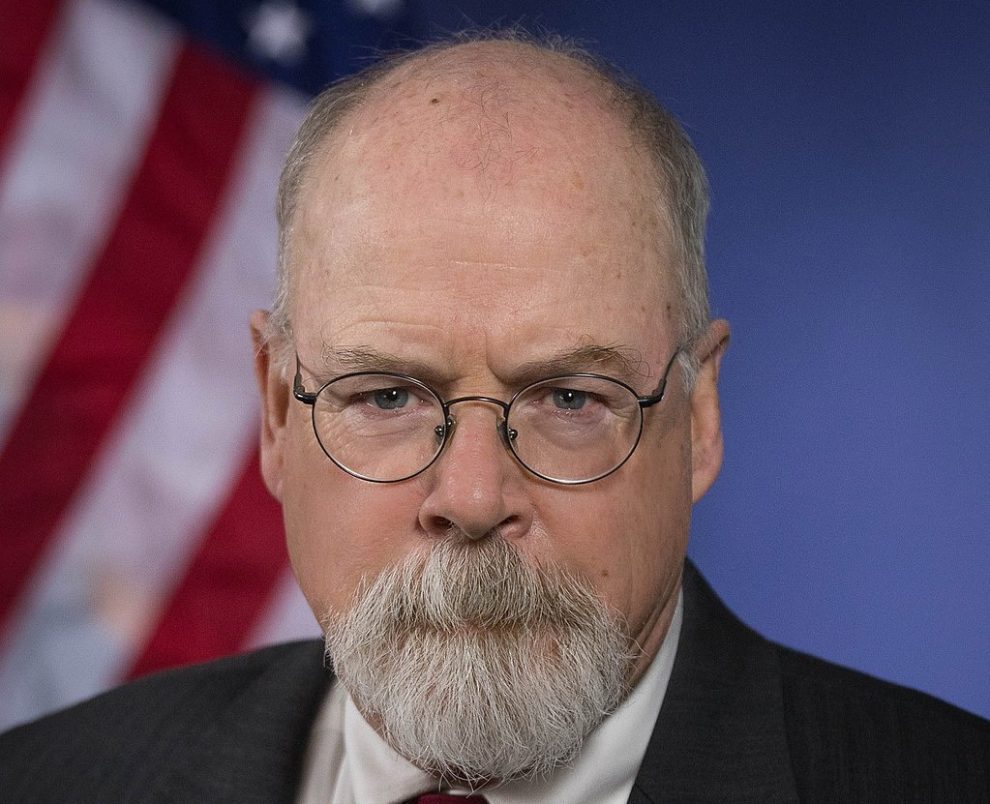 Last week, former Hillary Clinton campaign lawyer Michael Sussmann, who has been charged with lying to the FBI, filed a motion requesting that special counsel John Durham not be able to use a tweet by Hillary Clinton in his upcoming trial.

That tweet will not be allowed in Sussmann’s trial, thanks to Obama-nominated Judge Christopher Cooper, who said “the court will exclude that as hearsay” and that “it’s likely duplicative of other evidence” regarding the attorney-client relationship.

Sussmann is accused of making a false statement to the FBI on Sept. 19, 2016, by telling agents he wasn’t representing any client when he presented evidence to them alleging a link between Donald Trump and Russian bank Alfa-Bank—a link which turned out to be completely bogus. Sussmann was, in fact, employed by the Hillary Clinton campaign at the time. His trial is set to begin next month.

The Clinton tweet included a statement citing an Oct. 31, 2016 story from Slate, a left-wing website, which reported on the alleged connection between Trump and Alfa-Bank. The story claimed that a group of computer scientists had sought to determine “whether hackers were interfering with the Trump campaign” and unexpectedly found “evidence” of communication between Trump and Alfa-Bank.

The Clinton campaign jumped on the story, insisting that this “evidence” could be “the most direct link yet between Donald Trump and Moscow.”

Durham wanted to present the tweet to “show the existence of the defendant’s attorney-client relationship with the Clinton Campaign, which is directly relevant to the false statement charge.”

Sussmann’s defense team argued that “There is no evidence that Mr. Sussmann’s meeting with Mr. Baker had anything to do with the Clinton Campaign’s broader media strategy.”

Durham disagreed. Durham wrote that “in the months prior to the publication of these articles … [Sussmann] had communicated with the media and provided them with the [Alfa-Bank] data and allegations” and that lawyer Marc Elias of Perkins Coie, who was serving as general counsel for Hillary’s campaign, was kept “apprised of his efforts” while Elias “communicated with the Clinton Campaign’s leadership about potential media coverage of these issues.”

Sussmann’s lawyers claimed that “there is a real danger that if the Tweet were admitted, the jury would believe that Hillary Clinton herself was part of the Special Counsel’s uncharged conspiracy and that she had a direct interest or involvement in Mr. Sussmann’s efforts. Drawing the candidate herself into this matter in this way would be unfair to Mr. Sussmann.”

Are we supposed to believe she wasn’t? I guess this news isn’t shocking, considering the decision was made by an Obama-nominated judge. Rest assured, I highly doubt that the tweet is critical for the case.