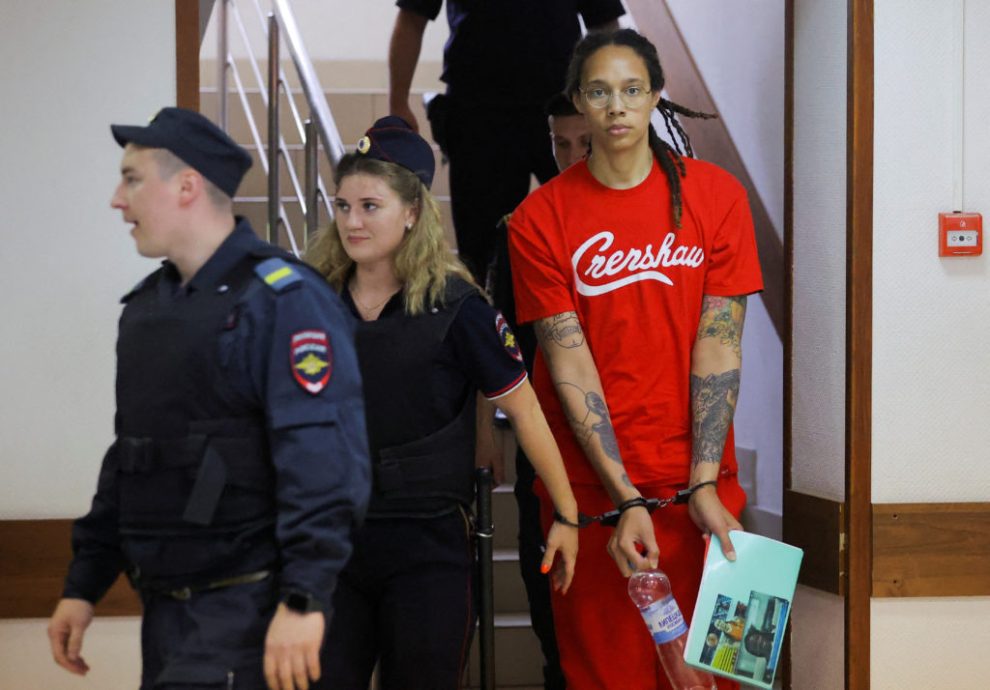 The University Baptist Church (UBC) in Waco, Texas — which is near Brittney Griner’s alma mater, Baylor University — wanted to host a homecoming celebration for Griner on Monday following her return from Russia.

But Griner, who is mostly famous for being unjustly detained in Russia but is also a WNBA player, apparently doesn’t impress the community where she went to school that much.

“Brittney Griner’s homecoming was celebrated Monday night in front of 20 people at University Baptist Church in Waco. Baylor is on winter break, and a few of the people who were supposed to attend were sick. The church livestreamed the event,” reports ESPN. First, there was a lengthy screed insinuating that neither Waco nor Griner’s alma mater is very accepting of Griner because she’s a lesbian to explain the event’s paltry attendance.

“I will say this: Baylor’s women’s coach has used her own personal platform to … give support and love for Brittney,” Sharyl West Loeung, who organized the event, told ESPN. “But otherwise, from an administrative point of view, that hasn’t happened. For myself, coming from a graduate of the seminary and having worked there and [knowing] how much they confess being this Christian organization, I really wanted to see more. So the opportunity to do something, to say, ‘OK, Waco still loves you. Baylor affiliates still care a lot about you.’ Something’s got to come out of this town, even if Baylor’s not going to do it.”

While we can all agree that Griner’s sentence was excessive, that doesn’t make her a hero. And it doesn’t change the apparent decision by the Biden administration to trade for her instead of former Marine Paul Whalen, who has been detained in Russia for years, because of political optics.