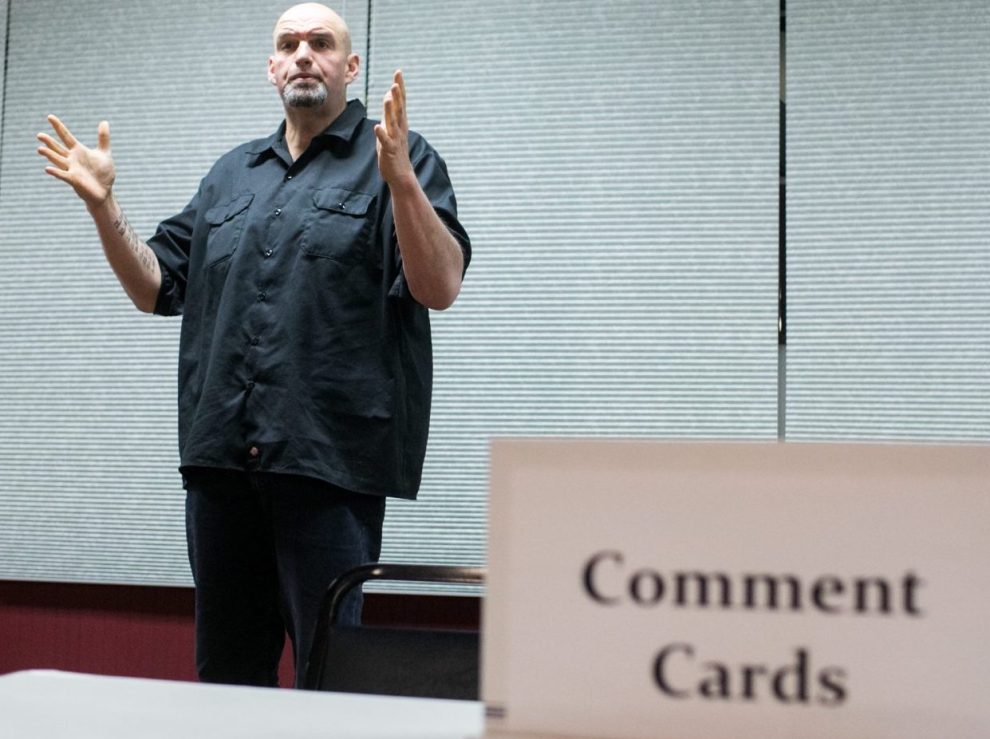 We reported Thursday on how an in-depth story from the New York Times on Democratic Pennsylvania Senate nominee John Fetterman inadvertently revealed the big problem with his campaign (outside of his stances on the issues), namely that his handlers are continuing to be cagey and evasive when talking about his post-stroke health, and consistently refuse to make his medical team available for interviews with the media.

Fetterman himself has also dodged and weaved around the issue, telling the Times that he’s been an open book regarding his health situation, but that’s simply not true, as even the editorial board at the Washington Post acknowledged in a recent piece blistering Fetterman’s lack of transparency.

But in a new development, the Philly Inquirer has reported that Fetterman shared the alleged results of a cognitive test with them, but when the Inquirer pressed to see the actual data and talk to the speech therapist who tested him in order to independently verify the information, Fetterman’s campaign again balked (bolded emphasis added by me):

Pennsylvania Democratic Senate nominee John Fetterman’s campaign said Thursday that cognitive tests show his brain is working normally for a person his age, after his May stroke.

The campaign shared the outcomes of the tests with The Inquirer after they were first reported by the New York Times. They did not provide any documentation of the results, or make available to the media the speech therapist who administered the tests.

Determining someone’s ability to return to work is more nuanced than just looking at test scores. Clinicians also consider how the stroke occurred, how the patient is recovering, and what responsibilities they have at work, said Temple’s Croll.

“Overall, there’s no one way to interpret the scores that patients get on these assessments,” she said.

A doctor the Times spoke with had a similar thought process, stating that though they found the alleged test results “reassuring” the results also “don’t preclude the possibility that his performance is lower than it might have been before his stroke.”

As I said before, suffering from something as debilitating as a stroke is unquestionably challenging to deal with, especially when you’re in the middle of a political campaign and you’re obligated to make your case to voters ahead of Election Day.

But as we get closer to November, the race between Fetterman and Republican nominee Dr. Mehmet Oz is tightening, an indication that the Oz strategy of questioning his ability to serve and pushing back on Fetterman’s “carpetbagger” claims might be working, perhaps because a growing number of voters are coming to the conclusion that it’s very troubling that Fetterman and his team haven’t been more forthcoming with answers regarding his health and making the doctors available, even as they “share” alleged health information and test results that haven’t been confirmed by the medical team themselves.

And it is indeed concerning, as concerning as Captain Gaffetastic Joe Biden continually hiding out in the basement in the last year of his presidential campaign and allowing his handlers to speak for him and dictate the agenda with reporters was. Those concerns ended up bearing out after he took office, where his handlers have taken the control of the supposed leader of the free world and all around him to a whole new disturbing level.

After two years of an oftentimes incoherent Joe Biden leaving a lot of the heavy lifting to those around him, Pennsylvania voters have every right to be concerned if that’s what they also would get with Fetterman in the event he wins the election. Being a Senator is not an easy job, as it requires someone who can handle the daily rigors with no problems, and that includes responding to media inquiries and making yourself available for committee hearings, as well as questions from both the media and your constituency at a moment’s notice. Not to mention all the traveling and speeches involved.

All of this said, his health is but one of many issues about Fetterman that calls for answers directly from the nominee himself, answers he and his campaign have so far shown that they are unwilling to provide to reporters and prospective constituents alike.

See also  White House in Disarray as They Eye a Major Shake-Up
Share this article: