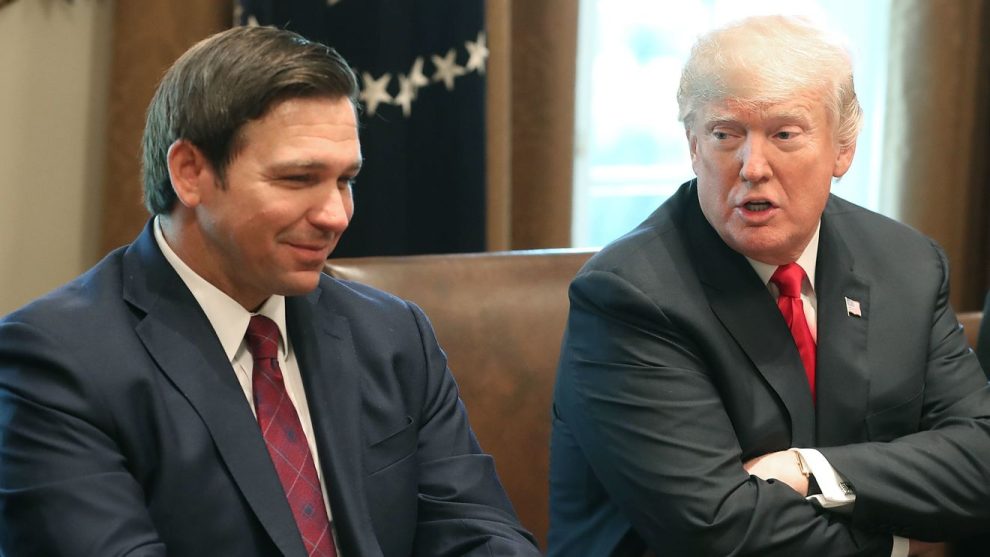 Any good polling about the 2024 Republican presidential nomination has two key findings:

A) Faced with a multi-candidate field, Donald Trump blows everyone out of the water. These surveys generally show him with a 10- to 15-point lead over Ron DeSantis with everyone else in single digits.

B) A two-way race between Trump and DeSantis is much closer. Trump still leads the Florida governor, but most surveys have them within 5 to 10 points of each other.

So the key to nominating (or defeating) Trump is the size of the potential GOP field.

If Trump and DeSantis find themselves in a race with Nikki Haley, Mike Pence, Mike Pompeo, Ted Cruz, Marco Rubio, Josh Hawley, Tom Cotton, Greg Abbott or Doug Ducey, Trump will have a large lead that he will likely never relinquish. But should the race come down to Trump v. DeSantis, most of the non-Trump vote may coalesce around the Florida governor.

Since politics abhors a vacuum, this calculus looks very good for Trump. He is intimidating enough to win a large primary but not so much as to deter other candidates. A presidential nomination against a frail, failed, senile president attracts potential candidates like a maggot does flies.

By the time reality dawns and the also-rans realize the futility of opposing Trump, he will have racked up a lot of delegates and a ton of momentum — just like in 2016. By the time Jeb Bush, Rubio, John Kasich, Cruz and others gave up the ghost, Trump had a commanding lead.

The movers and shakers — and the big donors — in the GOP are anxious to replace Trump. He didn’t take their orders when he was president and, with his incredible ability to raise funds from small donors, he doesn’t really need them. The power brokers may find themselves broke.

So the big Republican money will try to clean out the field to make it a two-way race between DeSantis and Trump. But that may be hard to do.

DeSantis is locked into being governor until 2024. Under Florida’s “resign to run” law, he’d have to leave office in order to run for president. A compliant state legislature might repeal or waive the law to accommodate him. But still, by the time he is finished handling his state legislature and passing the budget, it will be almost the summer of 2023. The third-tier candidates may well have locked up money and support in the early primary states by then. And Trump will have resumed active campaigning, working his magic at massive rallies and building a formidable war chest.

There is a good chance that there will be presidential debates in the fall of ’23 and DeSantis may find that he is late to that party.

The third-tier candidates will likely concentrate their fire on DeSantis. They are locked in a battle with him for second place. There will be no point in attacking Trump, who is well out of reach and enjoys a lot of latent support.

The national political environment looks like it will revolve around Trump. As congressional investigators probe overt anti-Trump bias at the FBI, the Department of Justice and social media companies, he will increasingly become the spokesman for free speech. His charges that the censorship and repression of the Hunter Biden laptop story two weeks before the 2020 election rigged the process will ring increasingly true. As the quintessential victim of the deep state, he will have standing to fight it that will leave other Republican candidates scratching for relevance and coverage.

As grassroots Republican anger mounts at Mitch McConnell for his giveaways in the ’22 lame-duck session while the new Republican House majority were still unpacking their bags, the Trump v. McConnell feud will become the central issue in the party. All other Republican candidates, especially DeSantis, will be caught in the crossfire while Trump mobilizes the party against the Senate minority leader. Again, Trump’s opponents will be struggling for relevance.

So, right now, Donald Trump is the front-runner, and it doesn’t look like anyone is going to catch him,