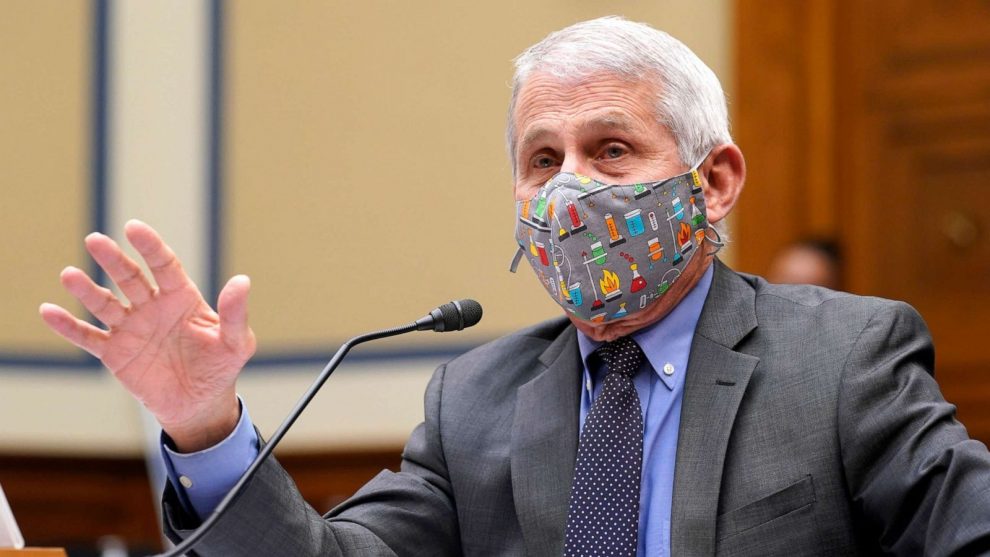 A tangible sign of Republicans’ discontent with the Biden administration’s management of the COVID-19 pandemic has emerged with a GOP-led effort to fire Dr. Anthony Fauci.

As the director of the National Institute of Allergy and Infectious Diseases, Fauci has served as a White House adviser on COVID-19 under President Joe Biden as well as former President Donald Trump.

The FIRED Act is scheduled to be introduced Wednesday.

The bill, which has little chance of passage in the Democrat-controlled House, seeks to impose a retroactive 12-year term limit on the job Fauci has held since 1984, which would effectively force his retirement.

“Few people have earned their termination more visibly,” Davidson said in a statement, according to Fox News.

“His excessively long tenure is emblematic of Eisenhower’s farewell address caution against scientific-technical elite steering the country for their own ends — at odds with truth and the national interest,” Davidson said.

Republican Reps. Chip Roy of Texas, Andy Biggs of Arizona and Ralph Norman of South Carolina are among the bill’s co-sponsors.

Should Dr. Fauci be fired?
Yes No
Enter your email

Completing this poll entitles you to The Western Journal news updates free of charge. You may opt out at anytime. You also agree to our Privacy Policy and Terms of Use.
Republican Rep. Thomas Massie of Kentucky explained in a statement on Facebook why he supported that bill.

“The fact that Fauci was ever paid with tax-payer money is an embarrassment to the United States of America. We should #FireFauci,” he wrote.

“The bill also directs the Government Accounting Office (GAO) to conduct an audit of the policy memos and correspondence within the NIAID. The audit will allow us to see what they knew about COVID-19, when they knew it, and how they responded internally to the disease.”

Massie said Fauci should have been booted by former President Donald Trump over the conflicting and faulty advice Fauci gave Trump.

“Trump should have fired Dr. Fauci when Trump had the chance,” Massie told the Cincinnati Enquirer in April.

“I believe that Trump did a lot of great things for the country, but this is one of his mistakes, letting Dr. Fauci provide the imprimatur of science to all of the governors and encouraging all of them to kill our economy,” he said.

The new bill comes as Republicans are questioning whether the Biden administration mantra of “following the science” is simple PR.

“I used to have the utmost respect for the guidance from the CDC. I always considered the CDC to be the gold standard. I don’t anymore,” Collins said to Walensky, according to Fox News. “[T]he conflicting, confusing guidance from your agency has undermined public confidence and contradicts the scientific guidance of many experts.”