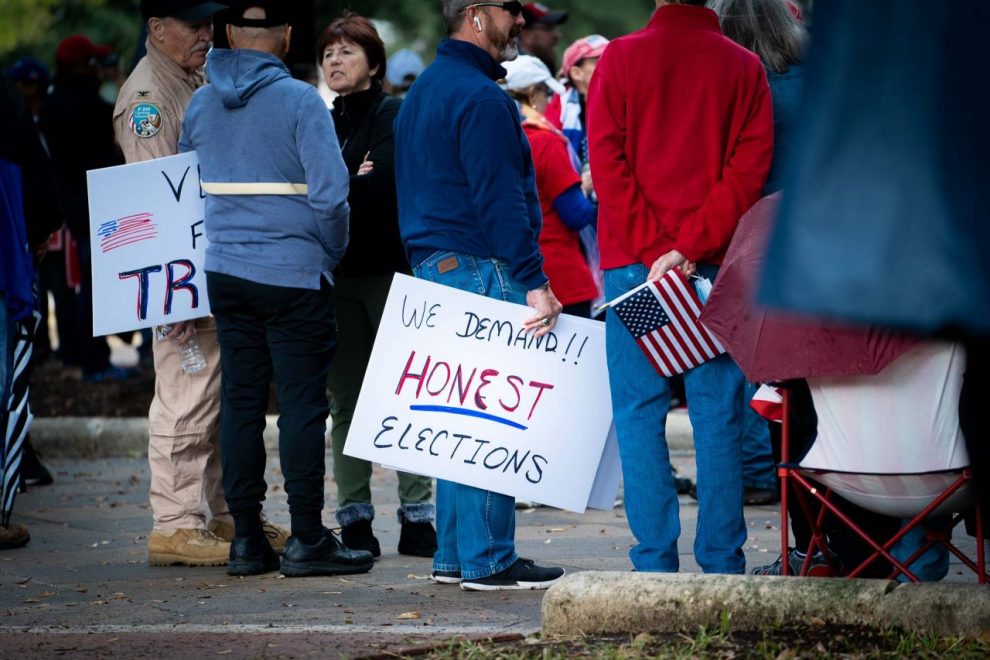 A new report from Rasmussen Reports shows that a vast majority of Americans are concerned about election integrity and election cheating.

Numerous investigations have found evidence of a fraudulent 2020 election in key swing states across the nation and proven that the 2020 Election was rigged and stolen from President Trump. A single election audit in Maricopa County, Arizona, discovered evidence of hundreds of thousands of potentially fraudulent and questionable ballots.

Earlier this year, Dinesh D’Souza and True the Vote’s “2000 Mules” documentary exposed a nationwide illegal ballot trafficking ring that inserted hundreds of thousands of ballots into key swing states across the country.

The Gateway Pundit reported back in October that more than half of America has woken up to the fact that their vote was stolen.

We have lost election integrity.

Since 2020, the election system in the United States has been plagued with overwhelming reports of fraud on almost every level, from ballot trafficking to dubious voting tabulation software from voting machines.

In fact, another July report from Rasmussen and The National Pulse found that 50 percent of Americans believe it is likely that widespread cheating will affect the outcome of the November midterms.

Rasmussen shared this poll highlighting the outrageous election integrity concerns that were discovered.

On Saturday we posted evidence of 2020 election fraud from two official state investigations. We knew it would be of interest (and our Twitter traffic confirmed it) because national voters had already told us this is a Top Issue for midterms. Voters are awake. pic.twitter.com/sjAeTMTnJV

The Gateway Pundit recently reported that the Maricopa County Republican Committee and the Texas GOP both passed unanimous resolutions rejecting the 2020 Election and declaring the Biden Regime illegitimate. The Langlade County, Wisconsin GOP also passed a resolution rejecting the 2020 election.

Two Counties in Michigan followed their lead earlier this week! The whole country knows the 2020 election was stolen, and the consequences have been horrible.

Patriots across the country must get out and vote to outnumber the expected midterm election fraud.