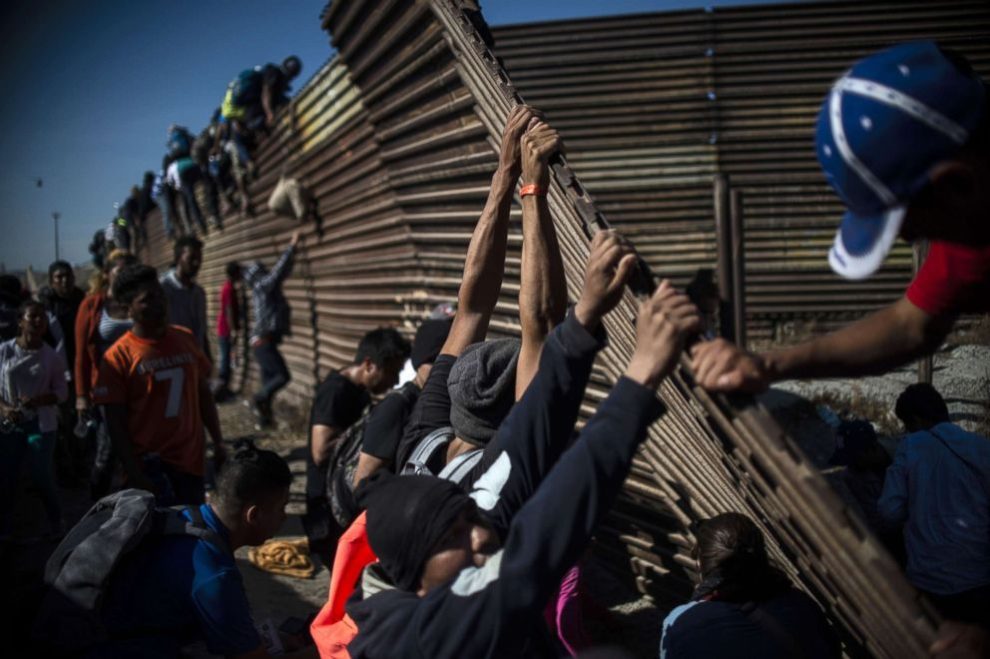 Within the course of a few short hours, nearly 700 migrants waded across the Rio Grande hoping to surrender to authorities and gain release into the United States. Breitbart Texas posted at several major migrant crossings and observed several large and small migrant groups surrendering to Texas Army National Guard soldiers, Highway Patrol troopers, and Border Patrol agents in and around the small Texas border town of Eagle Pass on Sunday.

The first large migrant group crossed the Rio Grande near Normandy, Texas, 20 miles north of Eagle Pass. The group of nearly 300 migrants, mostly single adults, surrendered to Texas Department of Public Safety (DPS) Highway Patrol troopers and Border Patrol agents. Some members of the migrant group waited for nearly four hours to be transported to a nearby processing center. The delay in transporting the migrants from the immediate border area was the result of the sudden, overwhelming influx of migrants surrendering to law enforcement authorities in a short span of time.

Within five hours, almost 700 mostly Venezuelan, Cuban, and Nicaraguan migrants would ford the Rio Grande at multiple locations in and around the city of Eagle Pass. One group of more than 200 migrants were apprehended after they surrendered to Texas Army National Guard soldiers and Texas DPS troopers just south of the city. Texas DPS officials transported that group to an international port of entry to await transfer to the Border Patrol as part of Texas Governor Greg Abbott’s plan to return the migrants directly to Customs and Border Protection ports of entry.

As temperatures rose to above 100 degrees Fahrenheit, troopers stood guard over the migrants at the Camino Real Port of Entry until Border Patrol agents arrived to take custody of the migrants. Breitbart Texas observed the troopers as they awaited several hours for the arrival of the Border Patrol’s limited and overwhelmed transportation resources to arrive.

Smaller groups of migrants crossed the Rio Grande in and around the city of Eagle Pass in a steady flow as Breitbart Texas looked on. The smaller groups, numbering from three to more than a dozen waded the swift currents of the river to surrender to awaiting Texas Army National Guard soldiers.

Just south of the city, another large group moved inland from the Rio Grande walking along a marked path directing the migrants to the nearest roadway. The group of nearly 100 walked along a dusty road for nearly one mile before surrendering to Texas Army National Guard soldiers and Texas DPS Highway Patrol troopers.

Eagle Pass, part of the Del Rio Sector of the Border Patrol, is now the hotspot for migrant crossings and currently leads all other border sectors in migrant apprehensions. As reported by Breitbart Texas, nearly 50,000 migrants entered the United States in July within Del Rio Sector — now the nation’s busiest Border Patrol sector. According to a CBP source, the vast majority of those 50,000 migrants crossed the Rio Grande at or near Eagle Pass. This represents an average of more than, 1,600 migrants per day in this single border sector.

Most of the migrants surrendering to authorities near Eagle Pass are from countries that are not amenable to an immediate return to Mexico under the CDC’s Title 42 COVID-19 emergency order. According to a source within CBP, not authorized to speak to the media, many of those arrested on Sunday will be released into the United States to pursue asylum claims.