KCAL9 anchor Sara Donchey held co-anchor Juan Fernandez’ arm as she steadied herself before ducking under her desk.

He, meanwhile, reported feeling nauseous about the quake that felt like it wasn’t going to stop.

Friday’s 7.1 and Thursday’s 6.4 both had epicenters near the community of Ridgecrest. The Thursday quake was already the biggest to hit Southern California in 20 years.

CBS2/KCAL9 reporter Lesley Marin heard from her friend Laura who was attending this evening’s Dodgers/Padres game. “She said everyone started to scream.” Laura was clearly in a different section than some fans Rachel Kim spoke to. “People started standing up,” said one woman, “and you could tell people felt the shaking. But mostly it was the crowd going woooooooo.”

The 6.4 quake is now considered a foreshock to Friday’s event.

Since yesterday, there were more than 1,400 smaller quakes. The largest recorded about 5.0.

Caltech on Thursday said there was a 6 percent chance there would be a quake of 6.0 or larger rocking the same area in the coming days.

Jones says there is “no reason” to think we won’t see more large earthquakes in Southern California following the recent activity centered near Ridgecrest.

The largest aftershock to a 7.1-magnitude earthquake, felt Friday, would be about a magnitude 6, she said. Jones also said aftershocks for a quake of this magnitude would last many months, if not years. As of 10:30 p.m. she said there had been two 5.0 aftershocks and about 16 4.0 shakers. She said the probability of a 6.0 aftershock in the next week was as high as 50-60 percent.

Friday evening, California Governor Gavin Newsom issued a statement offering his and the state’s “heartfelt support” to those in the region affected by the quake.

The Red Cross is still operating a shelter in Ridgecrest at 100 W. California Ave. providing services to those in need following the quake.

Like Thursday’s quake, a series of videos of lights swinging, water in pools sloshing and things falling off shelves filled social media platforms.

What was considered an aftershock of 4.8 hit around 8:15 p.m. Friday and it was also centered in Searles Valley, the same area as Thursday’s quake.

Seconds after the 7.1 magnitude earthquake near Ridgecrest, the family who lived in this mobile home on Reeves Ave. said one of the rooms was already on fire. They all made it out safely. @CBSLA pic.twitter.com/R8z97ZFEeT

CBS2/KCAL9 was in the area talking to residents who were reeling from the aftershocks with no idea what was about to transpire in another 15 minutes.

Said one woman, “I was thinking, here we go again, but this was worse.”

The LADWP reported a power outage in the Encino/Valley Glen area affecting about 1,000 customers.

Officials said there were some cuts and bruises but no serious injuries reported. 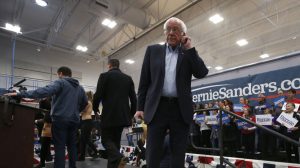 Bernie Sander’s Coalition Is Ridiculous, Here They are Grabbing His Mic Again 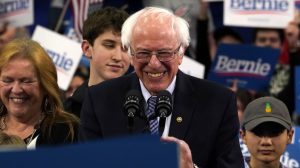 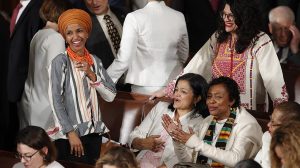