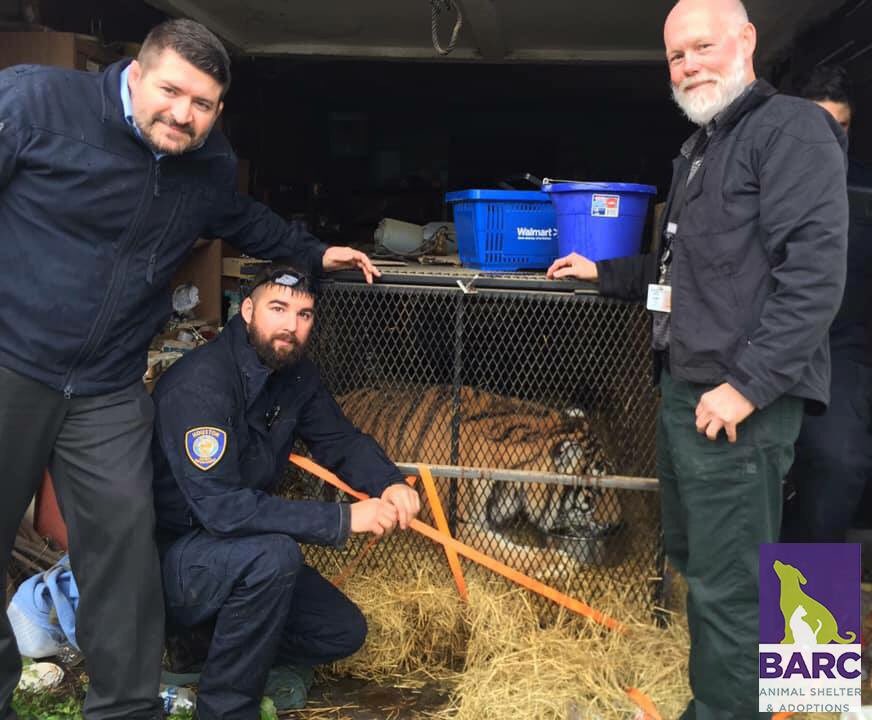 An anonymous tip from a “concerned citizen” led to the discovery of a tiger at a vacant home in Houston on Monday.

Animal control officers went to investigate after receiving an anonymous 311 call from someone who said they’d seen a tiger, said Lara Cottingham, chief of staff of Houston’s Administration and Regulatory Affairs Department. After hearing something inside the house, Cottingham said they called police to get a warrant and later discovered the big cat.

Officers tranquilized the female tiger and transported it to the city’s animal shelter, where she’s staying overnight in a cage inside a horse trailer under round-the-clock surveillance, according to Cottingham. The shelter, which takes in more than 26,000 animals each year, is still trying to find a long-term facility to take the tiger.

“We deal with, for the most part, puppies and kittens,” said Cottingham. “Very, very rarely do we take in a tiger.”