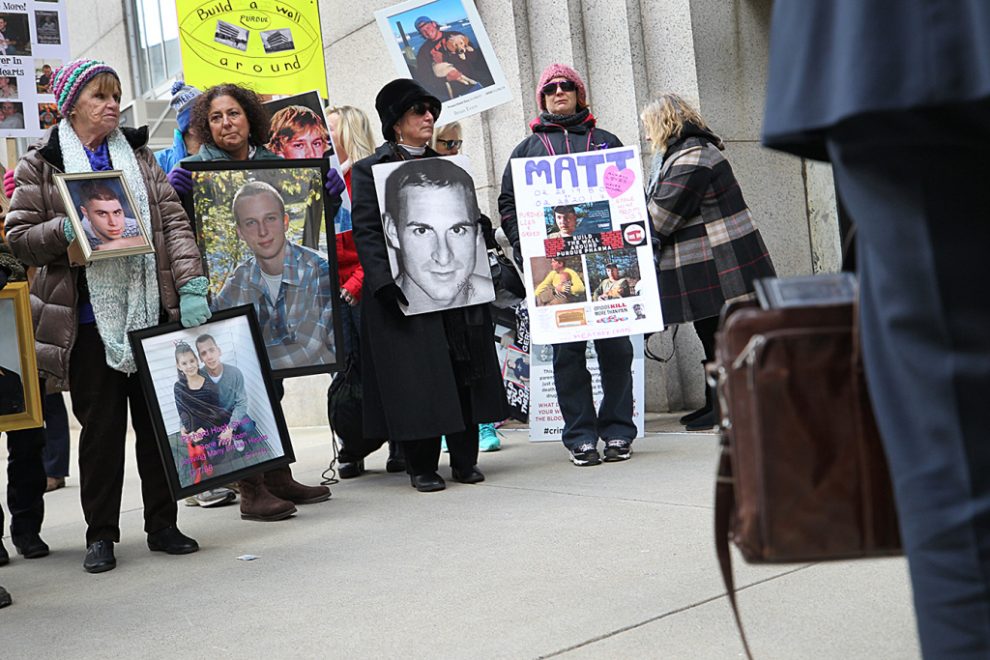 Hundreds of cities, counties and Native American tribe filed a lawsuit against members of the Sackler family for creating the opioid crisis through their ownership of the company that manufactures the painkiller OxyContin.

More than 600 entities in 28 states filed the suit against eight members of the Sackler family alleging they amassed a fortune though their ownership of Purdue Pharma LP by using deceptive marketing to sell OxyContin.

“Eight people in a single family made the choices that caused much of the opioid epidemic,” the lawsuit states.

The lawsuit also alleges that the Sackler family “had the power to decide how addictive narcotics were sold” because they controlled the privately held drug company.

“They got more patients on opioids, at higher doses, for longer, than ever before. They paid themselves billions of dollars. They are responsible for addiction, overdose, and death that damaged millions of lives. They should be held accountable now,” it states.

The plaintiffs say the opioid crisis increased costs for law enforcement, childcare for children of people addicted to opioids, and physical and mental health treatment, and decreased property values in some areas.

The suit requests that the Sacklers issue “corrective advertising statements” in national and regional publications, medical journals, television shows and websites among other actions, but doesn’t specify any request for monetary damages.

A representative for Dr. Mortimer Sackler and Raymond Sackler, the late founders of the company, issued a statement denying the allegations in the lawsuit as “baseless” and saying they “place blame where it does not belong for a complex public health crisis.”

“While we have always acted properly, we remain committed to making a meaningful contribution to solutions that save lives by preventing diversion and abuse of prescription medicines and treating those who are suffering from addiction,” the representative said.

Purdue Pharma spokesman Bob Josephson also issued a statement declaring the suit was part of a larger effort to blame the company for the opioid crisis.

“This complaint is part of a continuing effort by contingency fee counsel to single out Purdue, blame it for the entire opioid crisis in the United States, and try the case in the court of public opinion rather than the justice system,” Josephson said.

The Solomon R. Guggenheim Museum issued a statement to ABC News on Sunday, saying it will no longer accept gifts from the Sackler family.

“The Solomon R. Guggenheim Museum received a total of $7 million in gifts from members of the Mortimer D. Sackler family initiated in 1995 and paid out through 2006 to establish and support the Sackler Center for Arts Education, which serves approximately 300,000 youth, adults, and families each year,” the museum said.

It added that no contributions from the Sackler family have been received since 2015 after it received an additional $2 million from the family starting in 1999.

“No additional gifts are planned, and the Guggenheim does not plan to accept any gifts,” the museum said.