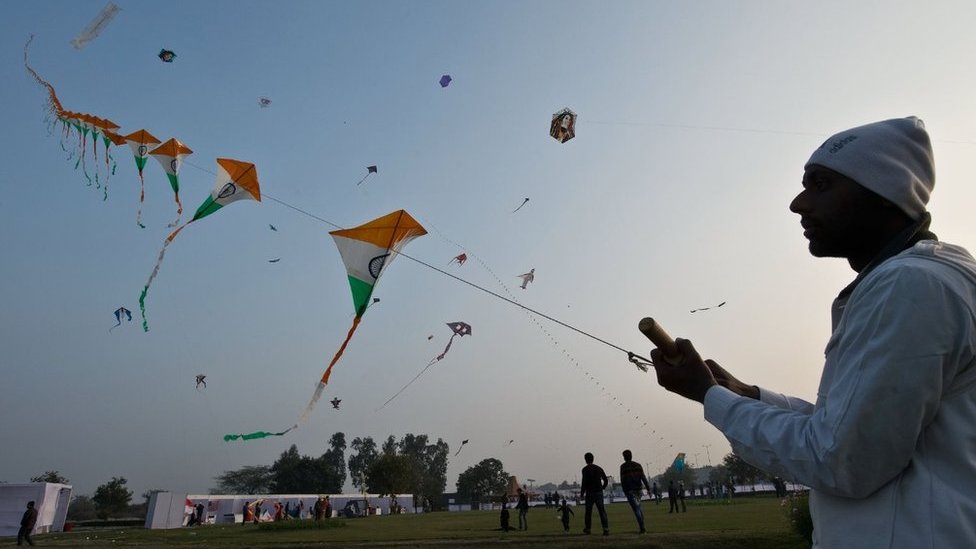 Six people, including three children, were killed in an Indian festival after their throats were slit by hardened kite strings.

The Uttarayan festival, held in January, is commonly celebrated by kite flying. The “sport” has become quite competitive, with many using powdered glass or metal to strengthen the strings of their kite.

The fighters use the sharp strings to battle each other’s kites mid-air, attempting to cut the other’s thread. However, the sport leads to many injuries.

The razor-sharp threads aren’t the only danger. With their eyes looking up, many people often walk into traffic or over cliffs, according to The Sun. There have even been cases of electrocution.

Despite the deadly history of the sport, the festivities have continued in many countries, with a fair bit of regulation attached to it.

Stern action will be taken against those buying/selling Chinese kite flying string.#SayNoToChineseDor pic.twitter.com/FIprg8sOWL

Kite fighting is most popular in countries like India, Pakistan, Sri Lanka, Bangladesh and Afghanistan, The Sun reported.

In the most recent example of this dangerous festivity, 6 people died and 176 were injured last weekend in Gujarat, India.

Three children were among those that were killed.

India: Kite flying may seem like a harmless activity, but not with strings coated in powdered glass, which has been outlawed in New Delhi since 2017.

The dangerous pastime 🪁 is taking its toll on the city's urban population of eagles, kites and owls 🦅🦉. pic.twitter.com/diOhwPPly0

The Tribune India reported that, in several cases, the kite strings had gotten entangled around the necks of the victims, slitting them and causing people to bleed to death.

A 2-year-old girl by the name of Kirti was killed in Bhavnagar after a kite string cut her neck while she was riding with her father on his two-wheeler, according to The Tribune. Kirti died at the hospital.

Another girl, named Kismat, died in Visnagar as she was walking home with her mother. The 3-year-old was also killed by a thread.

The third child, 7-year-old Rishabh Verma, died after his neck was slit while he was riding with his parents on a two-wheeler. The incident occurred in Rakjot.

The festival also led to a large number of road accidents.

The city of Ahmedabad recorded the most injuries from the festival, with 59 being caused by kite strings and 10 from falls.

The data cited by the outlet was compiled by a 108-EMS emergency ambulance service and all injuries may not have been reported.