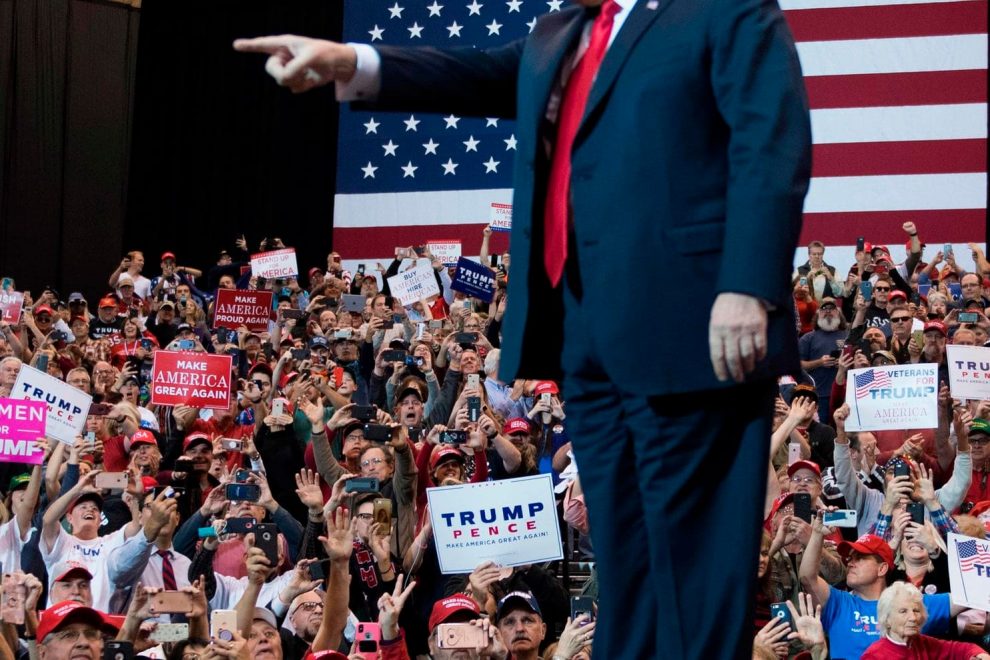 American voters were concerned about an economic downturn in a Georgetown Institute of Politics and Public Service poll that found 58 percent of voters approve of the president’s performance when it comes to the economy.

Registered and likely 2020 voters from both sides of the Republican-Democrat aisle were surveyed in the “Battleground Poll” from March 31-April 4 that reached 1,000, according to NBC News.

Of those, 59 percent expressed concern about the possibility of an economic decline. However, 58 percent approve of the job President Donald Trump is doing when it comes to the economy. The report noted that the president has been relatively consistent at a 55 percent overall job approval rating.

A whopping 82 percent of those surveyed said they are “extremely” likely to vote, according to the report.

As to the question of whether the country is going in the right direction, 74 percent of Republicans said yes it is while 92 percent of Democrats said no.

See also  Ilhan Omar Gets Brutal Reception from Her Own Community, Somalis Instantly Demand She Leave the Stage
→ What are your thoughts? ←
Scroll down to leave a comment: