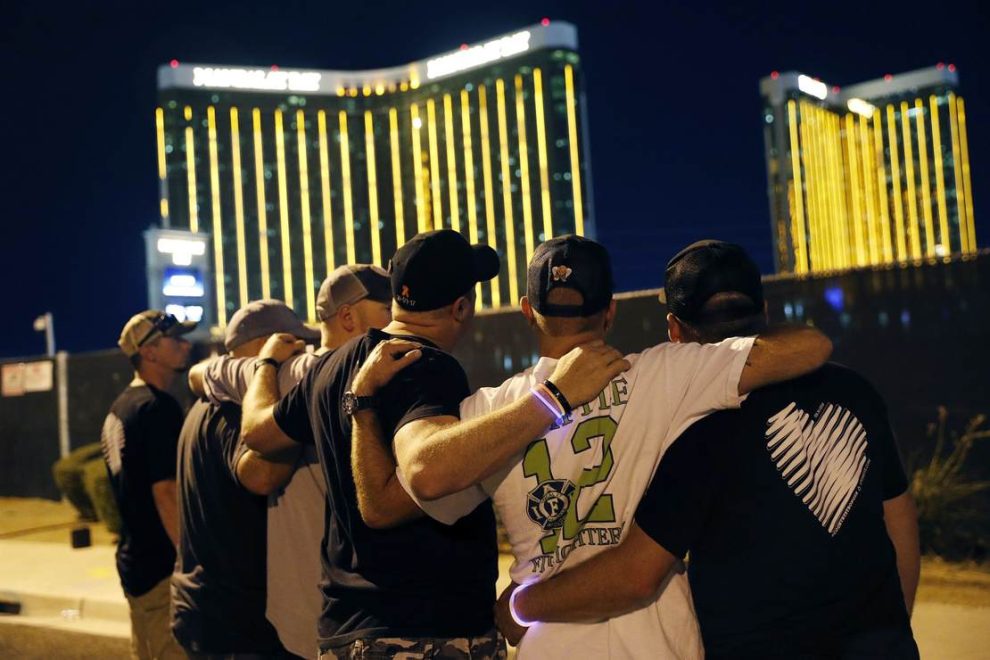 It has been five years since Stephen Paddock stashed an arsenal of weapons in his Las Vegas hotel room and began spraying outdoor concertgoers with more than a thousand rounds of rifle fire, killing 58 people and wounding 869. Since the Oct. 1, 2017, massacre, there’s been neither an official nor satisfactory explanation for why Paddock took his assorted rifles and shot those country music fans. But now, an FBI whistleblower believes he has the motive.

Las Vegas Police issued a 138-page report on the shooting yet kicked over to the FBI and their experts the job of coming up with the motive.

Why?
In 2019, the FBI finally issued a short report claiming the accountant, real estate investor, high-stakes gambler, and former McDonnell Douglas and Lockheed employee acted alone and had no political or religious agenda. The nation’s formerly premier law enforcement agency could not determine a motive.

That seems odd, given the J-6 political prosecutions in which FBI agents attribute all kinds of malevolence to “white nationalists” and assume that anyone around the Capitol Building that day, regardless of color and ethnicity, was determined to overthrow the government with pepper spray and MAGA hats.

And it seems especially odd, considering the FBI fancies its role as more of an intelligence agency than law enforcement these days, according to an FBI whistleblower.

We’ve learned all too well in the Trump-Russian collusion farce that the 7th Floor at FBI HQ is more than willing to lie, conspire, and frame with near-impunity. Why not against this white guy, Stephen Paddock? Why no theories for why he was the avatar of evil? Why not indulge The Intercept in its fervent fever dreams about him fitting “the profile of a far-right political extremist bent on sowing violence in society”?

No one is suggesting the FBI framed Paddock, obviously. It’s just that the FBI suits who spied on Trump because their political cronies wanted him taken out as a political rival don’t seem shy about ascribing real or fake motives to targets. Just ask Michael Flynn, Roger Stone, Steve Bannon, John Eastman, and of course, Donald Trump himself.

Planning
Paddock was a meticulous evil-doer.

A year before the attack, he purchased several new cellphones, according to the LVPD report. At least one was a burner phone. Most of the calls to all five of his phones were incoming calls.

A long-time gun enthusiast, Paddock stepped up his acquisition of legally purchased long guns a year before the attack. He often immersed himself in his new hobbies, such as scuba diving and flying his own plane. According to the report, Paddock would soon grow bored with his new hobbies and sell off the equipment.

The independently wealthy man appears to have staked out several different places to commit a mass shooting. He looked at La Jolla, California beaches, the Lollapalooza Festival at Chicago’s Grant Park, and even positioned some of his guns in a Vegas condo with a view of the “Life Is Beautiful” outdoor music festival. Indeed, Paddock had overlapping reservations at the condo building and the Mandalay Bay resort while he apparently figured out which concert to attack.

Before he settled on the Route 91 Harvest festival, he arranged airfare and travel expenses for his girlfriend to visit her family in the Philippines. Her planned return was set for the day after the massacre. He wired her $150,000 while she was there.

Police say he looked up how the Las Vegas Police Department SWAT team would respond to a mass shooting so he could game out how to respond.

Though he’d previously allowed hotel cleaning staff in his room, on Sept. 30, after receiving room service meals, Paddock put the “Do Not Disturb” sign on the doors to the two suites he occupied. He brought in more guns. He used the room service carts to stage cameras outside in the hall and inside by the door so he could monitor where the good guys were located. Another camera was on a peephole.

Authorities report that while he’d lost some money in October, Paddock was financially well off and independent, so the failure of fortune wasn’t a motive.

He thought religious people — even his Catholic girlfriend — were stupid, according to his brother, who also said Paddock was politically non-committal. This was a repeated theme among his friends and family, and argued against a religious reason behind the attack.

Paddock’s brother said the former IRS employee would do their taxes and cheat on their behalf.

Though investigators were able to determine the items Paddock had searched for online, he removed the hard drives from his computers so authorities couldn’t find out what he’d been up to.

The FBI dismissed reports that ISIS had orchestrated the shooting and other theories reported during and in the immediate aftermath of the shooting.

What Was Wrong With Him?

Paddock’s financial investments were easily discoverable but his inner thoughts were not. The authorities say he kept his ideas to himself, and his girlfriend said that in the year leading up to the mass killing, their love life had disintegrated, and theirs became more like an employer/employee relationship.

Sure, Paddock was objectively out of his mind. But no one thought so when he was alive. They just thought he was a self-centered, eccentric jerk who always thought he was the smartest person in the room.

Toxicology reports showed that Paddock had elevated arsenic, lead, and mercury levels in his system, but could not associate the amounts with psychopathy or violent behavior. His family members believed he was a narcissist. He had an inhaler and diazepam in his room but there wasn’t much made of that. He had heart issues, high blood pressure, and things other 64-year-old men suffer from. His teeth were rotting in his head because he refused to go to a dentist due to “allergies.” When he put his Smith and Wesson revolver in his mouth and shot up, he did maximum damage to his brain. There was no exit wound. The .38-caliber round was found in his head.

Answers?
Why did Stephen Paddock commit these unspeakable crimes against humanity?

Nearly 16 months before the Las Vegas mass shooting, Omar Mateen took his arsenal to Orlando’s Pulse nightclub and committed the worst mass shooting in U.S. history — until Las Vegas. Theories abounded about the motive for that shooting. At the time, it was seen as a hate crime against gays enjoying themselves at one of their favorite spots.

Some rationalized that Mateen was a self-hating homosexual drenched in Islamic guilt.

But Mateen himself told the world he committed the act on behalf of ISIS in retaliation for an ISIS leader’s death. He’d been on the FBI’s radar for his radicalization.

At this point, ISIS was ascendant and in the news for its despicable, inhumane acts, which the group often filmed.

So what happened in Las Vegas?

Former FBI special agent John Guandolo told Turning Point USA in a recorded interview (below) that there’s a 90% certainty that the Las Vegas attack was a jihadi operation and Stephen Paddock was the conduit through which the terrorist organization attacked America.

In the interview, Guandolo said, “When you look at what actually transpired and put it together from a counter-espionage attack and counter-espionage look, the probability that was an ISIS attack is well over 90%.”

He said the special agent in charge of the Las Vegas FBI field office “got angry and dismissed it, and when presented with the information, FBI headquarters in Washington, D.C., dismissed it out of hand.”

Guandolo said he’d been asked to brief “a couple of people; members of Congress and others.”

He said, “The FBI both in Washington, LA, and Las Vegas that participated in that investigation can’t even begin to think of it as a jihadi attack, because number one, they still don’t understand what that actually means.” He continued, “they don’t understand what actually happens and they have no desire to understand what happened. So their knee-jerk reaction in these cases is always to dismiss that and point in a different direction, because they’ve been conditioned to do so.” He concludes, “I mean, it only points to an ISIS attack. It does not point anywhere else. ISIS claimed responsibility for the attack five times. They said that guy, he’s our guy. We hail him, he’s a martyr.”

Moreover, Guandolo said, “It’s more than that. I mean, there’s one of the key guys that’s a part of that [attack] claimed to be a gay Australian guy, and we said, ‘Well here’s where this guy is. He lied as to where his whereabouts, and when he said he was here, he was actually in a hotel in Las Vegas, and the only other people staying in the hotel are people from an area in Mexico where there’s high ISIS activity.’” He admits, “That’s not definitive. That’s just one data point.”

Guandolo concludes, “Right now there’s no other option on the table. All the evidence points to that. That’s all we’re saying. We’re saying, the fact the FBI hasn’t investigated it is unprofessional.”

We’ll say one thing for his theory: It makes more sense than what we’ve heard so far.