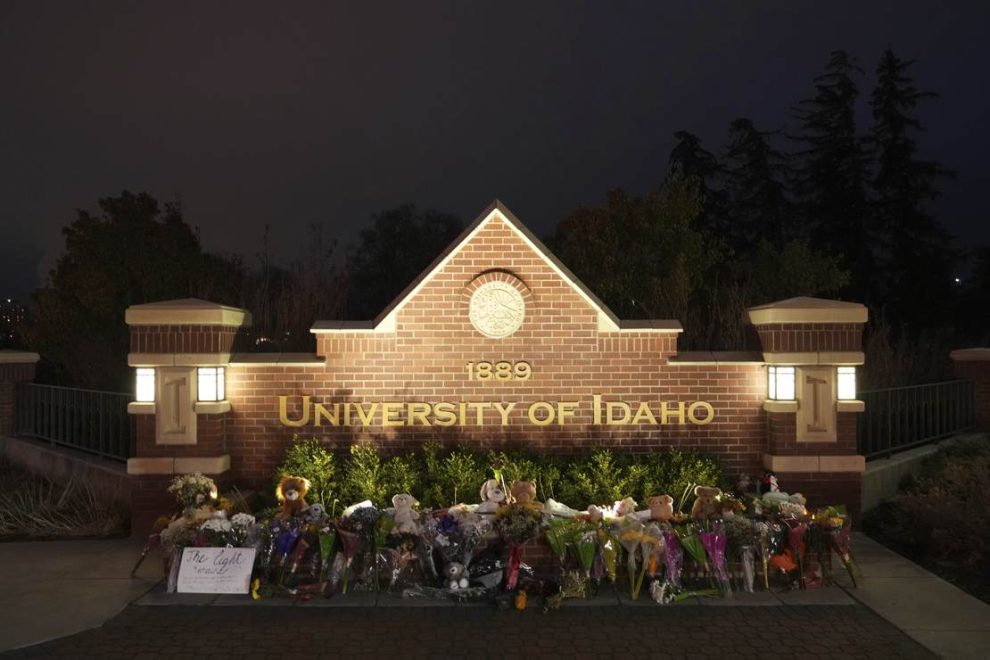 On November 10, sometime between 3 am and 5 am in the morning, four University of Idaho students were brutally murdered by stabbing as they slept after a late night out on the town. The true crime community is on fire over this tragic event, and rumors and theories are swirling. As of today, Moscow police have not named or arrested a suspect, which has led to much speculation and fear in the normally sleepy college town. As internet sleuths comb for clues and have begun to criticize the police, it’s a good time to remind everyone that good policing takes time and real crime cannot be wrapped up in a neat forty-five-minute Netflix episode. There are very good reasons for this that the media and those aspiring to be investigators should take into consideration. Now is not the time to panic.

For the sake of the families who just lost four beloved children on the cusp of their adult lives, this is a developing story that should be handled with extreme care. Already, just nineteen days into the investigation, the parents are starting to question the forthrightness of the police and their emotions are raw going into the first holiday season without their children. It would be helpful for them if the true crime die-hards didn’t fan the flames of upset for clicks and views. I’ve spent the day going over the facts of this case and to me, it’s looking like very good police work in a very difficult situation.

Here are some very good reasons why the Moscow police have not named anyone or made any arrests…yet.

Small-town police departments get the short end of the stick
Moscow, Idaho, is a sleepy town with almost no violent crime. Your chances of being murdered there are one in over 2,000. This is a low murder rate. That means that the police department is not equipped to handle a quadruple homicide that would be out of the norm even in a place with a high murder rate like Chicago, let alone a college town with very few reasons to worry at night. This does not mean that the police in Moscow aren’t well-trained or good investigators. What it does mean is that everything is going to take longer as resources arrive. Already, Governor Brad Little of Idaho has released one million dollars of emergency funds to the investigation. Those funds will help the police get up to speed on the technology and resources they need to expedite the massive amounts of evidence collected.

The complexity is off the charts
Normal homicide crime scene evidence may include DNA collection, hair, fibers, dirt, fingerprints, blood, semen, and saliva, just to name a few biological possibilities. Now multiply that times four in this case plus the DNA collection of everyone who has been in that house (and according to witnesses it was a party spot). The evidence collection and processing alone in this case could bury the best homicide department in the country. But in Moscow, how far is the closest lab that can take that much evidence and process it quickly? The FBI is assisting with more than twenty personnel assigned to the Moscow murders. This case is not slipping through the cracks, but the processing time is going to be considerable for the complexity of the murders and the sheer weight of the evidence collection. Police informed the press that they have collected 103 pieces of evidence, taken 4000 photographs, collected 1000 tips, and conducted 150 interviews. I promise you that there is very little sleeping going on in that police department.

The DNA component of the evidence collection alone will take weeks to sort through. It is alleged that one murderer with one knife killed all four individuals. Some of them had defensive wounds (we are not told who), and DNA contamination is going to be a huge problem. With each stabbing, the bodies were contaminated with other victims’ and possibly the killer’s DNA. Sorting all that out is going to take a long time as it is a complicated forensic process that the best crime labs in the country cannot just speed up because the Internet wants it. “In law enforcement, we believe we owe this to the surviving families to get this right,” said a sheriff’s representative at a press conference. He continued to say that they will not sacrifice the quality of the investigation for the ability to speed things up. That’s absolutely the right thing to do in a case like this. Mistakes mean killers get away.

The most recent police press conference was very well-run by officers who seem very competent and careful. Small-town police are just as qualified as big-city police to do their jobs, and the public should give them the time to do it properly without jumping on them for no reason. (And believe me, if they give us a reason I’ll join the chorus asking the hard questions and holding them accountable.) Our desire to know who did this horrific crime does not outweigh the police officials’ duty to solve this case by the book. Leaks to the press are often a disaster for prosecutions. No one wants that.

Thanksgiving break interrupted the investigation
Just days after the murders, the entire campus of UofI became a ghost town. Everyone went home for the holiday and in this case, many students left early because of the murders. This means that the usual shoe-leather police work that needs to be done like knocking on doors and following up with party-goers who may have seen the victims will take longer. Investigators may have to travel to many states to follow up. The fear in the community has led some students to consider staying home instead of returning to campus. This is going to complicate and slow down the investigation. Not only that, but having a long break is very bad for memories. Any seasoned investigator will tell you that getting those eyewitness accounts as soon as possible is key. Let us hope that the holiday break didn’t tank the chances of getting to the truth in this case. The Moscow police have a seriously uphill battle, and the odds are against them. We should be trying to help them.

Nancy Grace, who is sometimes too bombastic and over the top for me, happens to agree with me on this one. She says police deserve some breathing room. At this point, I think that’s good advice. “There’s a lot swirling that the cops didn’t know what they are doing. I don’t agree with that,” she said. “I believe the killer was in one of the victims’ circles,” she continued. Grace then defended the slow process that is frustrating the public. “It takes days to even process a scene like this. Their duty is not to spoonfeed us the media. Their duty is to solve this case, so everybody back off!”

Don’t tip off the killer!
The press is very impatient to have a profile of a killer—and they want it yesterday. They want to know who they should be looking for (and what terrifying and sexy name to give him or her for the inevitable Netflix documentary—The Moscow Mangler, or some stupid nonsense. I just talked about this bad habit the media has on my most recent live stream about Richard Ramirez, “The Night Stalker,” whose catchy name given to him by the media made him deliriously happy and sold a lot of newspapers. Instead of naming killers with these fun and terrifying titles, the media should spend time coming up with embarrassing monikers like “The Douchebag Killer” or “The Teeny Peeny Jerkface Bungler,” or the “The Moscow Maggot.” I like the last one. I’m sticking with that.)