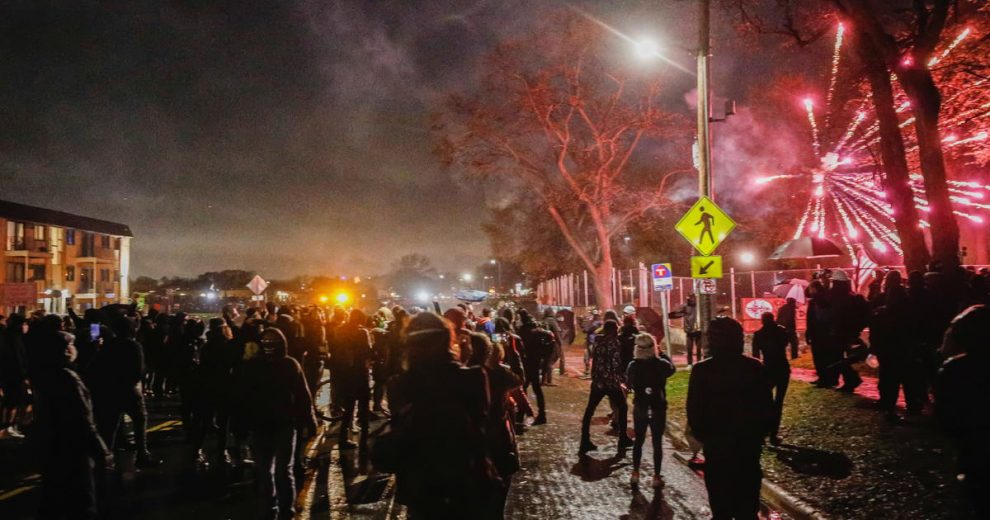 A second night of looting broke out in Brooklyn Center, Minnesota, Monday night following Sunday’s shooting of an unarmed black man. The looting followed a protest outside the city’s police station.

This is what the back and forth between the rioters and police looks like in Brooklyn Center, MN. pic.twitter.com/yb6e5TMG4m

Some businesses appeared to be spared from looting after stationing armed guards outside their establishments.

Some Brooklyn Center stores are being protected by civilians with firearms. The looters have stayed away from these places. pic.twitter.com/fAcmYFxLG6

Protesters remained outside the police station until officers began deploying gas and less-lethal rounds into the crowd, Nartwitz tweeted.

State police officers continued utilizing crowd control munitions as they pushed the crowd back. Officers began making arrests in the crowd who refused to comply with the declared curfew.

MN State Troopers are pushing the rioters away from the Brooklyn Center police building. Arrests are being made. pic.twitter.com/hk7Ezcqc8n

See also  NY Gov. Hochul: We Need National Laws to Deal with Guns, Social Media
→ What are your thoughts? ←
Scroll down to leave a comment: