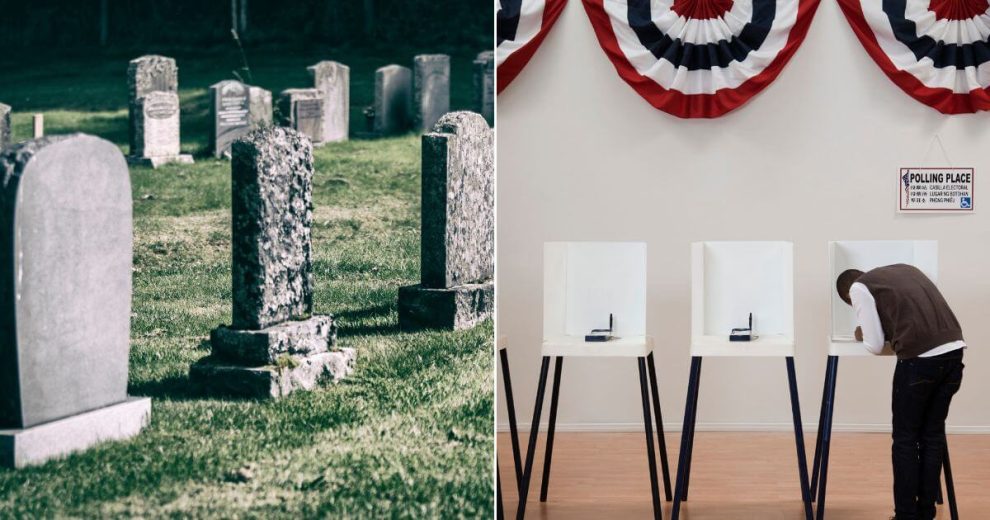 A federal district court judge in Michigan on Thursday denied Democrat Secretary of State Jocelyn Benson’s efforts to dismiss a lawsuit against her office for failing to remove deceased registrants from the state’s voter rolls.

In November, the Public Interest Legal Foundation filed the suit, claiming their analysis determined 25,975 dead Michiganders were registered to vote as of August 2021.

Due to this alleged failure to keep the voter rolls current, “Michigan is in violation of Section 8 of the National Voter Registration Act of 1993 which requires officials to ‘conduct a general program that makes a reasonable effort to remove the names of ineligible voters from the official lists of eligible voters,’” PILF said in a news release regarding filing its lawsuit at the time.

“PILF has alleged that over 25,000 deceased registrants remain on Michigan’s [Qualified Voter File] and that thousands of these registrants have remained on the active rolls for decades,” Beckering wrote.

“PILF alleged that it gave this information to Secretary Benson, who, for over one year, ‘did nothing about it,’ despite the mandates of the NVRA and Michigan’s Election Law. The factual allegations, accepted as true, plausibly give rise to an entitlement to relief under the NVRA,” she added.

PILF President J. Christian Adams responded to the ruling saying in a statement: “It is astonishing that Secretary Benson is so vigorously opposing effective list maintenance.”

“It’s remarkable that after sharing this data with the Secretary of State in 2020, dead registrants remained on the state’s voter rolls.

“This initial win is the first step to ensuring that deceased registrants are not receiving ballots and reducing the opportunity for fraud in Michigan’s elections,” Adams said.

“It’s remarkable that after sharing this data with the Secretary of State in 2020, dead registrants remained on the state’s voter rolls.

“This initial win is the first step to ensuring that deceased registrants are not receiving ballots and reducing the opportunity for fraud in Michigan’s elections,” Adams said.

The audit team was able to identify 2,775 votes that were cast by people who were dead on election day for contests held between May 2019 and November 2020.

However, in those cases 98.5 percent of the dead voters had died within 40 days of the election, meaning they were within the window of absentee ballot voting.

In 2021, the PILF secured a settlement in Pennsylvania from a lawsuit similar to the one it is bringing in Michigan, resulting in the commonwealth agreeing to remove at least 21,000 dead people from its voter rolls.

Michigan and Pennsylvania are both states former President Donald Trump won in 2016, but lost in 2020 to President Joe Biden.