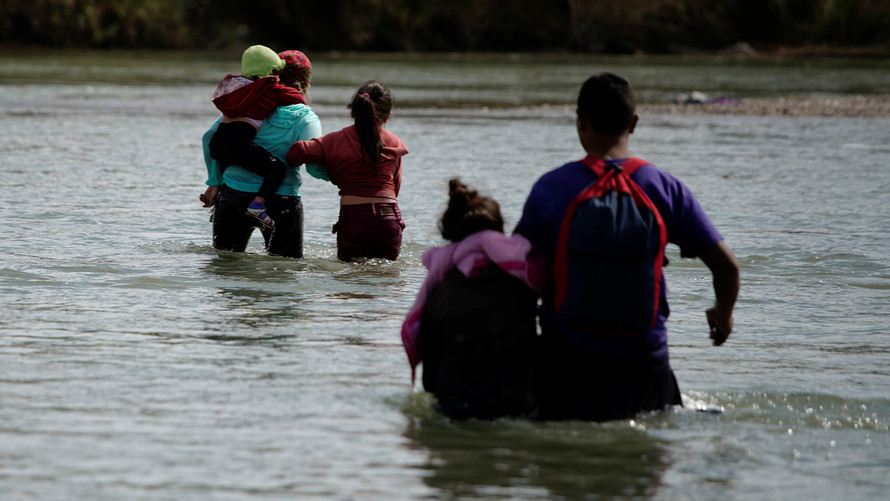 The Trump administration plans to start pulling back on a controversial plank of U.S. immigration policy in a busy border region, saying Tuesday it will stop sending some migrant families who illegally cross the border in Texas’ Rio Grande Valley to jail.

Starting this week, hundreds of families caught each day in that area are being released by Border Patrol agents, instead of being handed over to U.S. Immigration and Customs Enforcement for potentially longer detention, government officials said. The exact number will depend on how many there is room for in ICE detention facilities, which have filled up as a record volume of families are crossing the border.

The officials said they are making the change because of crowding and safety concerns. The conditions under which the federal government detains migrant families, particularly those with young children, have drawn frequent criticism in the past few years. Two migrant Guatemalan children died in Border Patrol custody in December.

ICE’s three family detention centers can hold several thousand people at a time. Families with children can spend up to 20 days in them under current law.

Under the new policy, some families will be processed by the Border Patrol and then released and ordered to show up later to start their deportation or asylum cases.

The policy change runs counter to President Trump’s repeated pledge to end what he called “catch-and-release” at the border in favor of “catch-and-detain.” But as the volume of families has reached record levels in the past several months, immigration authorities have struggled to make room for them all.

Migrants released directly by the Border Patrol will be given a notice to appear, a legal document that orders them to report to immigration authorities in the interior of the country. Unlike adult migrants with children released by ICE, they will not be given ankle monitors to track their movements.

For years the Rio Grande Valley has been the busiest stretch of border for families crossing into the U.S. illegally. Between Oct. 1, the start of the federal government’s fiscal year, and the end of February, more than 58,000 such migrants have been arrested in the area, about 42% of the more than 136,000 nationwide.

Most of the families are from Guatemala, Honduras and El Salvador, and say they are fleeing violence, poverty and corruption. Nearly all say they are afraid to go home and ask for asylum in the U.S. Though winning asylum is a long shot for most migrants, the legal process can take several years to complete and most families are allowed to live in the U.S. while they wait for a judge to decide their fate.

The Trump administration has been trying to curb the rising flood of families and last year enacted a zero-tolerance policy that led to the separation of thousands of children from their parents, who were charged with a misdemeanor for crossing the border illegally. Mr. Trump issued an executive order in June to end family separations amid a class-action lawsuit and outcry from immigration advocates and lawmakers, including some Republicans. Also in June. a federal judge in San Diego ordered the government to reunite all of the children and their parents, a process still ongoing.

The Trump administration has recently started to send some Central American migrants, including families, who cross the border in California to request asylum back to Mexico to wait for a judge to decide their case.

Six migrants from the first group sent back to Mexico appeared in federal immigration court in San Diego for the first time on Tuesday. None of their cases was immediately decided.