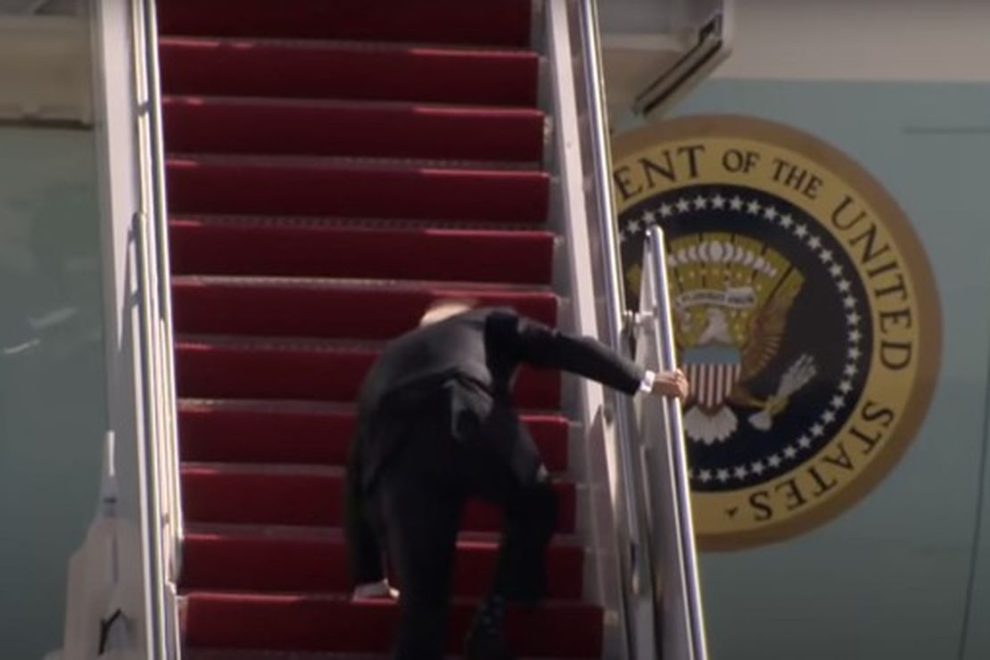 “Biden’s epic failures” headlines what must have been a painful piece for Axios cofounders Mike Allen and Jim VandeHei to write. The social media version of the header was even more on point: “Biden closes out Year 1 on an epic losing streak.”

“Biden, who marks one year in office next Thursday,” they write, “has never been less popular nationally, after personally lobbying his party and the public on Build Back Better and voting rights — and failing.”

Well, that’s one way to frame one of Biden’s epic failures.

Another way might be this: Biden wasted the public’s patience on a bill they don’t want instead of attending to our real concerns like inflation and supply-chain disruptions. As a result, Biden’s personal popularity tumbled, robbing him of the clout he needed to sway reluctant Democrat senators Kyrsten Sinema and Joe Manchin.

While I think I hit that point much closer to the truth than Axios did, they nailed it here:

Yesterday was the third time in 3½ months Biden made an in-person trip to the Hill — and the third time he walked away having failed to persuade his party to back his plans.

Biden can’t be faulted for having a 50-50 Senate and an unmovable Democratic centrist in Sen. Joe Manchin (D-W.Va.). But he knew the daunting numbers game full well as he went into these fights.

Indeed. Our constitutional system is designed to prevent big changes without fat majorities. The reason, our Founders understood and explained, is that big changes foisted by slender and short-lived majorities on a country as large as ours could destroy it.

Undaunted by political reality, Biden and his coterie of hardcore leftists decided to affect radical changes without having even a Senate majority. It might be the biggest — not to mention the fastest — presidential self-own in this century. Biden’s epic failures are the albatross he hung around his own neck.

Larry Kudlow noted on Thursday that as Biden’s “political agenda falls apart the president has become more vitriolic and insulting in various speeches.”

We saw two instances of that just this week. The first was that Georgia speech which Tulsi Gabbard said [VIP link!] showed Biden is “doing all he can to divide us.”

The second was on Capitol Hill the day Biden had to admit that his radical and unconstitutional election-theft bills were all but dead, and which included this bizarre mini-rant:

Here’s the clip. I have to warn you, it isn’t easy to watch an increasingly senescent old man indulging in a public temper tantrum — even if he weren’t allegedly the most powerful man in the world:

Biden, appearing to admit defeat on ending the filibuster & nationalizing elections, randomly starts shouting: States’ voter reform laws are “about who gets to count the votes! Count the vote! Count the vote!” pic.twitter.com/66LpGL1ckQ

“If he were a smart political operator,” argues Kudlow, “like, say, President Clinton 25 years ago,” Biden would fire “his left-wing, woke senior staff and shift back toward the middle ground, where voters thought he’d land in the first place.”

Instead, Axios says that “Biden will keep pushing for voting-rights legislation.” He’s staking his second-year agenda on two unpopular bills without a Senate majority, as though he’ll somehow have a better chance now that he’s more personally unpopular than ever before.

Biden’s epic failures are the direct result of his complete failure to learn how the Senate works despite having served there for decades, and his inability to learn from his biggest presidential blunder.

2022 is going to break Biden, and there’s no nicer way to put that. We’re going to go from Biden’s Epic Failures to Biden’s Epic-er Failures.

Contrary to White House messaging, inflation is only just getting started. As PJ Media contributor David Goldman reported for Asia Times on Thursday, “Worst US inflation since ’82 is huge underestimate.”

Rents and home prices “show increases of 13% to 18% during 2021, and the Case-Shiller Index of US home prices jumped 18% in the year through October,” but don’t totally register yet in the official inflation data because “it takes a while for leases to expire and new, higher-cost leases to take effect.”

Producer prices were up nearly 10% in December, and while producers have done what they can to protect consumers from increased production costs, those floodgates can hold only so long.

By this time next year, I suspect we’ll be looking back fondly on an inflation rate of “only” 7%.

The other thing I expect is that Biden’s public temper tantrums will, to borrow Kudlow’s memorable phrase, become even more “vitriolic and insulting.”