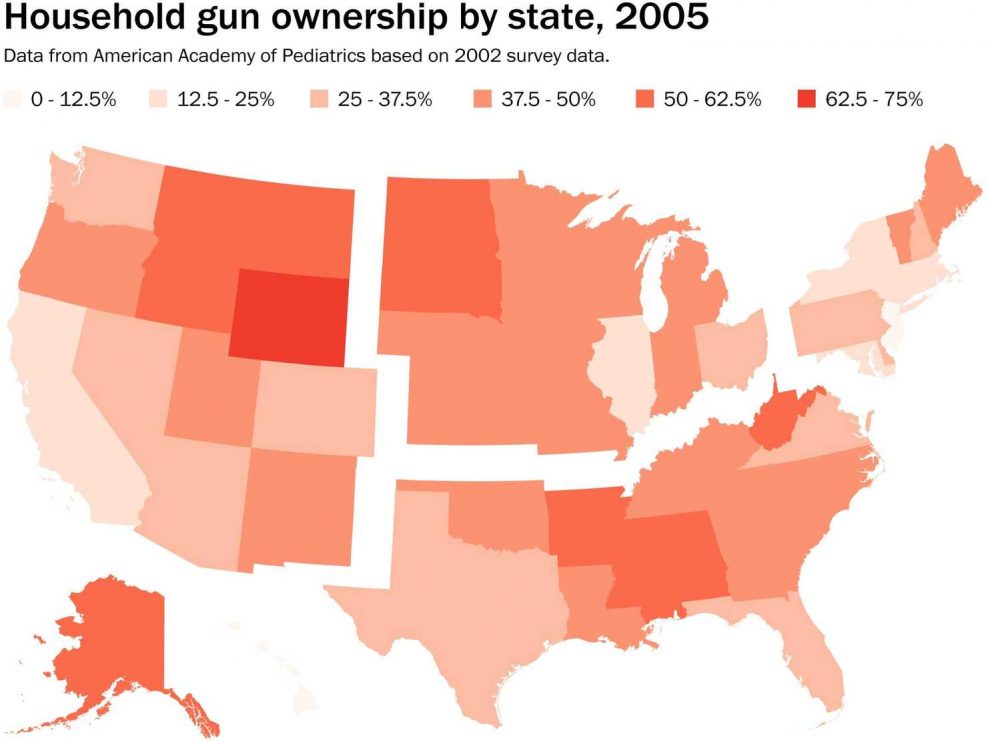 Fear mongering is one of the best tools the Left has – especially when it comes to the 2nd Amendment. Anything and everything is open game, no matter how scary or dishonest it is.

How many gun grabbers want the public to know that the majority of murders in the US occur in super concentrated areas – that a full 54% of American counties had no murders, and that a miniscule 2% account for a colossal 51% of the murders nationwide?

This is why it’s so important to not only be armed, but to be informed.  How many are aware that when individual counties are examined, murders are heavily concentrated in specific areas? Now that’s about the last thing the anti-gun activists want anyone to know – it works to their advantage to keep people fearful and ignorant.

A recent post on AmmoLand brings these stats back into focus, because sometimes even the good guys (pro 2A folks) fall into the nasty trap that we need more restrictions on firearms.  In his piece entitled “Gun Crime” is a Made-Up Word from the Anti-Gun World, Here are the Real Numbers, Don McDougall writes “If not for gangs and drugs, the number of murders by guns is below 1,700 in a county of 330,000,000 people. Remove the gangs and drugs, and the US is one of the SAFEST countries in the world.”  He reports that the total number of gun deaths annually hovers around 38,000 – and calls to attention what the Left loves to overlook, which is that 28,500 are from suicides and that gang and drug activity accounts for 7,885 deaths.  These numbers turn the anti-gunners fearful bellyaching right on their heads. (McDougall cites the FBI’s Uniform Crime Report and John Lott’s Crime Prevention Research Center).

New Zealand Prime Minister Admits She Wants to Create Two Classes of Citizens Based on Vaccination Status Panamanian Official: Another 60,000 Migrants Headed to US Pompeo to Megyn Kelly: Milley Didn’t Brief Me 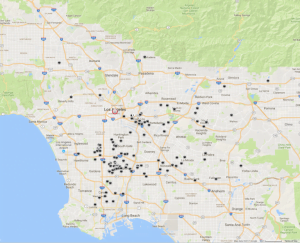 ee this in our own California backyard, with Los Angeles County as a perfect example.  In 2014, the County was clearly embarrassed to report a staggering number of murders:  526 to be exact.  According to Lott’s research, however, there was much higher likelihood of a murder occurring in very specific parts of LA.  It clearly shows the northwestern part of the county has a very small number of homicides in comparison to other areas.

This is also hugely evident in the gun-controlled disaster of Chicago.  Their numbers are more startling – the first 4.5 months of 2017 totaled 222 homicides.  According to Lott’s data, one small neighborhood racked up over 25 murders.  “But 23 of the 77 neighborhoods in the city have zero murders, and most of the 40 neighborhoods [click here for the map and full article] have only one murder.  Twelve of the neighborhoods have 10 or more murders.”

Also cited was a study in the journal Criminology by David L. Weisburd.  “The law of crime concentration and the criminology of place” reveals for eight cities, a shocking 25% of violent crime occurred on only 1% of the streets and that roughly 50% happened on a mere 5%.

Democrats Would Prefer That You Ignore All of the Violent Crime Around You McConnell Stops Schumer’s Latest Attempt To Raise Debt Ceiling As Florida COVID Cases Plummet, Media Falls Silent

Lott concludes “This study shows how murders in the United States are heavily concentrated in very small areas. Few appreciate how much of the US has no murders each year.  Murder isn’t a nationwide problem.  It’s a problem in a very small set of urban areas, and any solution must reduce those murders.”

Don’t be a victim of believing bad data.  If we, as gunowning citizens – especially here in liberal California – are truly serious about protecting our 2nd Amendment rights, we must be informed and stay informed. Pope Francis: ‘Abortion Is Never the Answer,’ and It’s Not Just a ‘Catholic Issue’
Crossfit, INC. Suspends Use Of Facebook And Associated Properties