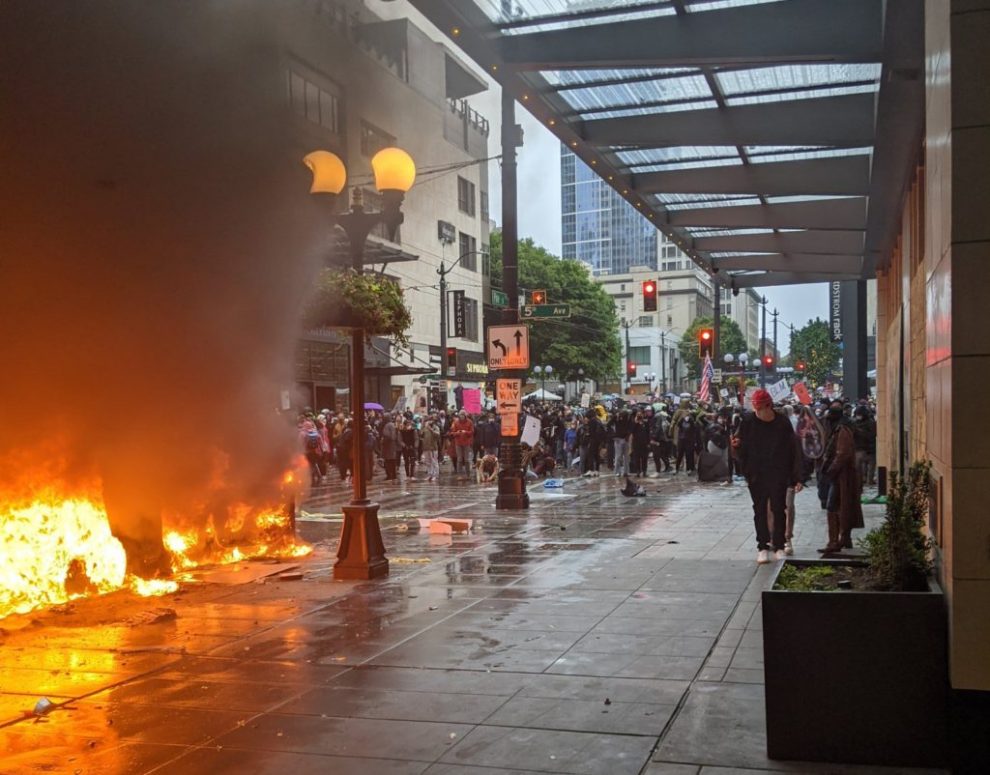 Seattle Police officers arrested 14 Antifa militants as they marched through downtown Saturday during their annual May Day protest while committing various crimes, including assault of a small child.

The group began to march at 2pm after meeting at Seattle Central College on Capitol Hill, the same jurisdiction where BLM protesters occupied a six block radius of the city last summer to create the Capitol Hill Autonomous Zone (CHAZ).

Officers have issued a public safety order to this group, which has continued to place hazards in the roadway. Police are making an arrest at 7/Olive. #MayDaySea https://t.co/i22eIY8kB1 pic.twitter.com/G4HwDrJ4h2

Antifa began to march down Pike Street in a militarized fashion. Once the group turned on Olive Way, they confronted an individual who was filming the march with their child.

The group proceeded to assault the individual filming, including the small child. This incident led to SPD officers trailing closely behind for the entirety of the March.

I am on the ground in Seattle for May Day. pic.twitter.com/48z5tKV1jM

SPD officers remained tight on the group as they attempted to make a targeted arrest of the individual who assaulted the child.

“This group has committed multiple crimes and just recently assaulted a small child. This is unacceptable behavior. We are signaling that person out and when it’s safe and feasible, that person will be taken into custody,” announced the Seattle Police Department through an LRAD.

“We respect the right to free speech but criminal behavior will not be tolerated,” SPD continued.

The Seattle Police Department announced the group of marchers assaulted a small child and they will be attempting to arrest the suspect.

While at Pike Place, individuals in the group assaulted police officers and threw water bottles at them.

The group continued marching their way back up to Capitol Hill where they began to throw lit flares into busy roadways. One of the flares landed in a bush and almost caught the bush on fire, as well as, the surrounding vehicles and trees.

This incident led to multiple arrests on Broadway.

From there, the group proceeded to make their way into Cal Anderson Park, former location of the CHAZ. Upon arrival at Cal Anderson, Antifa militants assaulted more individuals which led to multiple arrests by the Seattle Police Department. The three individuals were arrested for assault and obstruction.

Multiple arrests have been made at Cal Anderson after an Antifa militant threw water at myself. pic.twitter.com/UtzQXKz3Qt

During an arrest at Cal Anderson, an individual claimed he was “choked” and couldn’t breathe as he resisted arrest. Medics came to render aid and found no threat to his life. As Seattle police officers were carrying out the detained individual, he began to cough on them, a new tactic by the activists aimed at making officers think they might be exposed to the coronavirus.

A man under arrest is being carried out by Seattle PD. pic.twitter.com/e7axuawWGI

The Seattle Police Department reported that during the May Day marches, “demonstrators threw bottles, rocks, paint, paint-filled eggs, regular eggs, and an unidentified liquid in a plastic zippered bag at officers.” 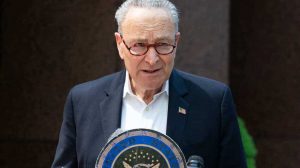 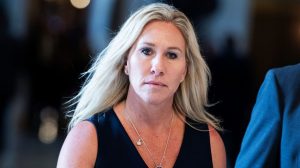 Cuomo Issues Twisted Warning to People Who Refuse to Take the Vaccine
Maxine Waters: ‘Every Day We Have Seen This Nation Get More Racist’