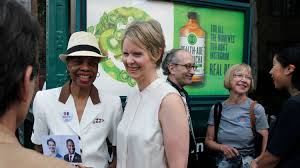 The moderates’ concerns came to a head this week when one of the newest Democratic stars appeared to threaten her colleagues if they did not toe the liberal line, raising the specter of a cleave in the party between moderates and purists similar to a long-standing divide in the Republican Party.

At a closed-door meeting of House Democrats on Thursday, Rep. Alexandria Ocasio-Cortez, D-N.Y., said some of her colleagues could find themselves “on a list” of primary election targets, after they voted for a Republican amendment requiring that undocumented immigrants who try to buy guns be reported to U.S. Immigration and Customs Enforcement, according to people in the room who were not authorized to comment publicly.

Rep. Josh Gottheimer, D-N.J., a co-chairman of the bipartisan Problem Solvers Caucus, said he has confronted party leaders about such threats, which have also come from the Justice Democrats, a liberal group that backed Ocasio-Cortez’s primary campaign.

See also  U.N. Says Joe Biden’s Border Is ‘Deadliest Land Crossing in the World’
→ What are your thoughts? ←
Scroll down to leave a comment: