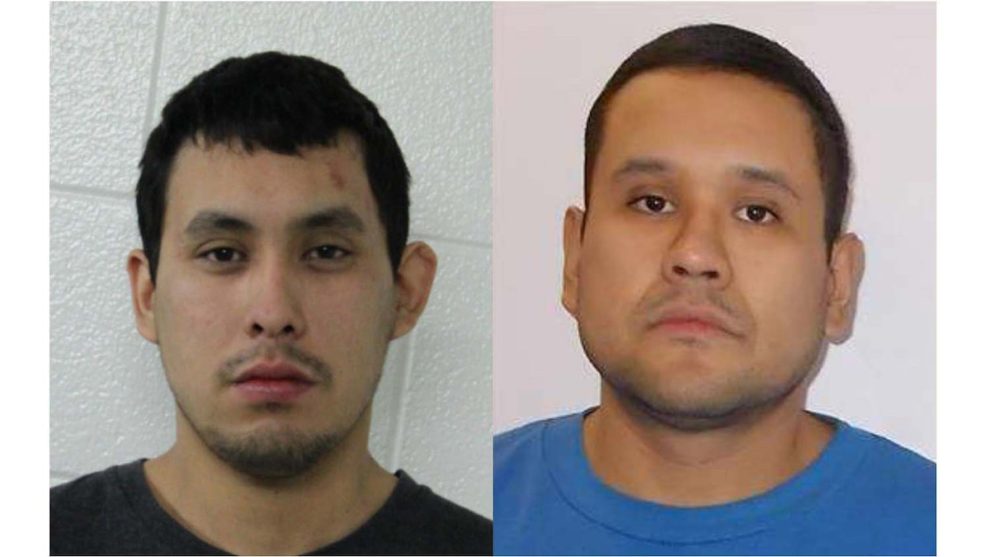 A manhunt was launched Sunday afternoon in Canada for two suspects wanted in connection to a series of stabbings that left at least 10 people dead.

Royal Canadian Mounted Police (RCMP) Assistant Commissioner Rhonda Blackmore said in a statement that “10 deceased individuals” and other injured victims were discovered in “13 locations in the community of James Smith Cree Nation and Weldon, Saskatchewan … Several additional victims have been injured, 15 of which at this point have been transported to various hospitals.”

“Damien Sanderson and Myles Sanderson. Damien is 5 foot 7 and 155 lbs with black hair, brown eyes,” RCMP Saskatchewan said in a statement. “Myles is 6 foot 1 and 240 lbs with brown hair and eyes. The suspects may be in black Nissan Rogue with SK license plate 119 MPI. This a rapidly-unfolding situation.”

Authorities said that early indications were that the victims were being attacking randomly.

Police said that they were investigating a report that the suspects were potentially “traveling in the Arcola Ave area around 11:45 a.m. in Regina, SK in a black, Nissan Rogue with SK license 119 MPI.”

“If in the Regina area, take precautions and consider sheltering in place,” police added. “Do not leave a secure location. Use caution allowing others into your residence. DO NOT APPROACH suspicious persons. Do not pick up hitch hikers. Report suspicious persons, emergencies or info to 9-1-1. Do not disclose police locations.”

The mass stabbing spree comes after far-left Canadian Prime Minister Justin Trudeau announced back in May that Canada was unveiling sweeping new measures aimed at severely cracking down on his citizen’s ability to have firearms.

“New gun control legislation the federal government tabled today includes a national freeze on the purchase, sale, importation and transfer of handguns in Canada — the government’s most ambitious attempt yet to restrict access to firearms in this country,” the CBC reported. “While the proposal falls short of a full ban on handguns, it would effectively limit the number of them in Canada.”

Trudeau claimed that the gun violence was on the rise so that meant it was his “duty to keep taking action.”

“Last summer, during the campaign, some politicians said they would make assault style weapons legal again,” Trudeau said. “Not only did we stand up to them, but we promised to go even further to protect our communities. We proposed to invest to help provinces and territories put restrictions on handguns within their jurisdictions.”

“However, in our discussions with law enforcement advocates and experts, it became apparent that we needed a different solution,” he continued. “We’re introducing legislation to implement a national freeze on handgun ownership. What this means is that it will no longer be possible to buy, sell, transfer or import handguns anywhere in Canada. In other words, we’re capping the market for handguns.”